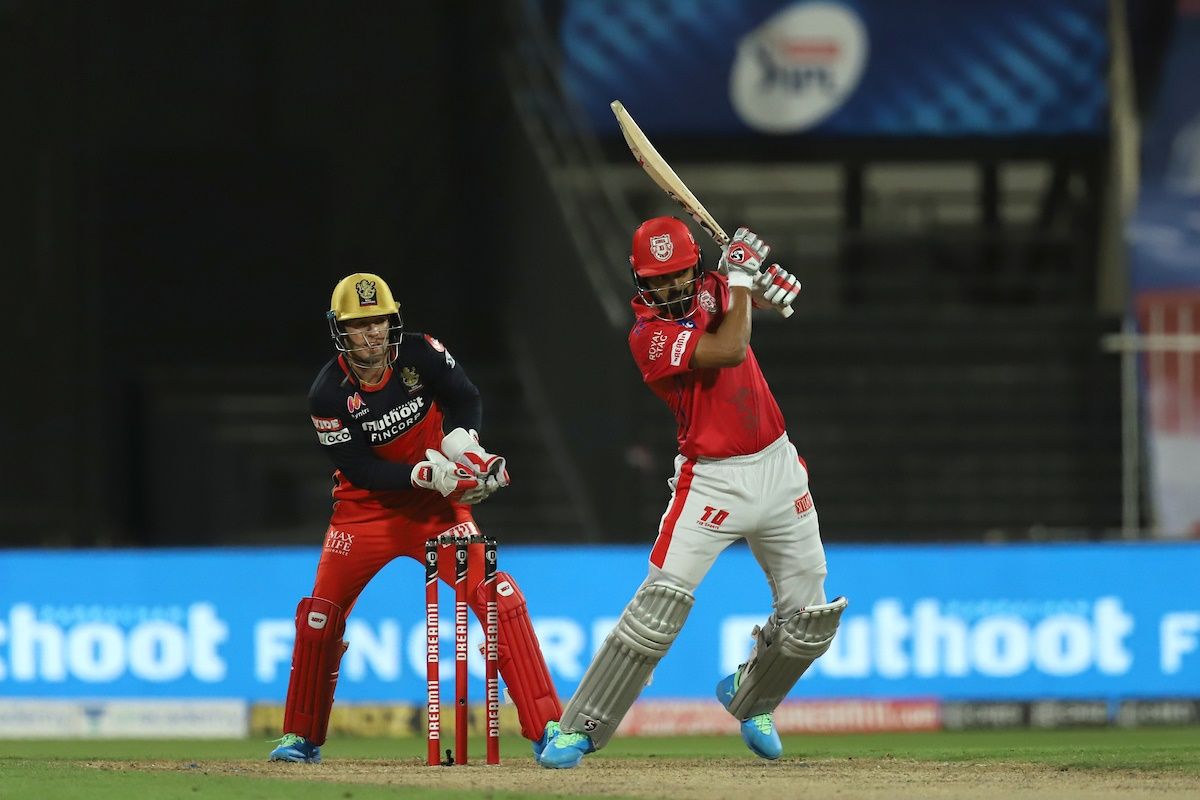 Punjab outplayed Bangalore in all the three disciplines to win the match by nine wickets and end then winless streak on Thursday at Sharjah. Opting to bat first, the Kohli-led side looked to be playing without and intent. Even the decision to hold back AB De Villiers was not the best one as they ended scoring 171 for six in 20 overs. For Punjab, Murugan Ashwin and Mohammad Shami picked up two wickets apiece to restrict the star-studded Bangalore side.

Chasing 172 to win, in-form Punjab openers – Mayank Agarwal and KL Rahul – g0t them off to a brilliant start. Looking to take on Chahal, Mayank lost his wicket and that brought Chris Gayle to the middle, who took his time initially to get his eye in, but then played some of his brutal shots to help Punjab go over the line.

With the win, Punjab ended their winless streak as defending champions Mumbai Indians still continue to stay at the top of the table. In the second place is Delhi Capitals, while, Bangalore remains at No 3. Kolkata – who take on MI tomorrow are at No 4.

KXIP skipper KL Rahul continues to retain the Orange Cap, while his opening partner Mayank Agarwal – who got the side off to a brilliant start in the 172 chase – is at the No 2 spot. CSK’s Faf Du Plessis – who has been consistent throughout the tournament is at the No 3 spot, while RCB skipper Virat Kohli climbs to the No 4 spot and Shreyas Iyer finds himself at No 5.

With 18 wickets from eight matches, the Capitals pacer retains the Purple Cap. He is followed by Jofra Archer – who is at No 2 with 12 wickets. Shami – who picked up two wickets today is at No 3, while MI pacers Jasprit Bumraha and Trent Boult find themselves at No 4 and 5.