Hyderabad was positive from the outset, they won the toss, opted to bat, and thanks to a brilliant partnership between David Warner and Jonny Bairstow, they posted a mammoth 202 for four in 20 overs. At one stage, Hyderabad was looking to get 240+, but Ravi Bishnoi and Arshdeep Singh pulled things back in the backend to keep them down to a score they believed they could have chased. But, Punjab got off to a woeful start as Mayank Agarwal was runout. Punjab kept losing wickets at regular intervals and that did not help. Pooran played a cameo and brought the belief back in the Punjab camp, but once he was out to Rashid Khan it was over. With the win, Hyderabad has got their campaign back on track, while Punjab is languishing at the bottom of the table. SRH win by 69 runs.

With the win, Hyderabad moves into the top four – they are No 3 – as Mumbai Indians retain their top spot in the points table. Capitals are at No 2, while KKR is 4th. KXIP remains last on the points table and they will look to get their campaign in order.

KL Rahul – who did not come good against Hyderabad retains the top spot with 313 runs in six matches. He is followed by CSK’s Faf Du Plessis – who has 299 runs and has looked in ominous touch. Mayank Agarwal, Jonny Bairstow, and David Warner make up for No 3, 4, and 5.

Kagiso Rabada – who has been having a purple patch – retains his Purple Cap with 12 wickets. He is followed by MI’s Jasprit Bumrah. Trent Boult, James Pattinson, and Mohammad Shami are at No 3, 4, and 5. It is still early days in the tournament and changes are bound to happen as the league progresses. 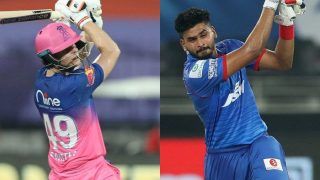 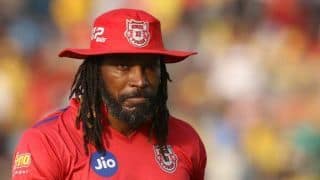