It's now confirmed that IPL will be held this year despite on the ongoing coronavirus pandemic but not in India.

After months of speculations over its future, IPL 2020 has been confirmed, at last. The annual league was to originally start from March 29 but the coronavirus outbreak resulted in cricket action being brought to a halt across the globe.

With a packed calendar ahead in the year, it was being feared that the league will be cancelled for the first time in its 13-year history. The only possibility of it being held was if the coronavirus situation is brought under control and provided there’s a window, long enough to even conduct a truncated version. But with ICC announcing the cancellation of men’s T20 World Cup, days after Asia Cup was also postponed, the window was automatically created.

Here’s what we know so far about IPL 13

When does it start?

On Friday, IPL chairman Brijesh Patel said the board is looking at a September 19 start. The final will be played on November 19 meaning it will run for 51 days with a full-fledged event.

Where will it be played?

Not in India due to the rising cases of coronavirus. And UAE seems to have been zeroed in as the alternative venue.

Will overseas players be part of it?

As of now, officially, only New Zealand Cricket and Cricket South Africa have issued No Objection Certificates (NOCs) to their respective players who have deals with IPL franchises. However, it will still be an individual decision whether to travel for the event amidst the health crisis.

Which other boards will issue NOCs?

All cricket boards are expected to issue NOCs with Cricket Australia waiting for an official confirmation from BCCI regarding the venue and fixtures.

Will there be any changes in timings?

India is one-and-a-hour ahead of UAE time zone. So, matches will start in the country any ahead of what has been the practice. It is being reported that the evening matches could start around 7:30 pm IST while there’s no report on whether there will be afternoon matches as well. 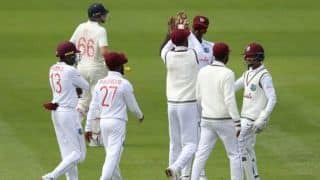