IPL 2021: Axar Patel Reveals How he Convinced Rishabh Pant to Give Him The Super Over

IPL 2021: Axar Patel Reveals How he Convinced Rishabh Pant to Give Him The Super Over

Axar Patel conceded only seven runs in the Super Over against Sunrisers Hyderabad. Delhi Capitals all-rounder Axar Patel made a fine return to the game after recovering from Covid-19. The left-arm orthodox scalped two wickets and conceded only 26 runs in his quota of four overs. Patel dismissed Abhishek Sharma and Rashid Khan on consecutive balls to put his team’s in the driver’s seat.

However, Sunrisers Hyderabad made a fine comeback as Kane Williamson’s knock of unbeaten 66 runs helped them level the scores. SRH batted first in the Super Over and Axar Patel has revealed how he convinced Rishabh Pant in giving him the ball. Patel thought it will be difficult for the left-handed David Warner to hit against him and the right-handed Kane Williamson can get out while attempting to hit the big shot on the shorter side.

Furthermore, Rishabh Pant had trusted Kagiso Rabada in the final over of the innings but he couldn’t defend 16 runs. It was difficult to score against the spinner as compared to the fast bowlers and the same was shown by Axar Patel and Rashid Khan. Patel conceded only seven runs in the Super Over and delivered the goods for the team.

“I went to the captain and explained how it would be difficult for the left-hander to target one side of the boundary, and the right-hander can get out if he takes a chance while targeting the shorter side,” Axar Patel revealed.

Delhi Capitals were able to clinch the thrilling Super Over as Shikhar Dhawan and Rishabh Pant was able to score eight runs. Delhi has played five matches and they have won four of them to be in second place in the points table. The Rishabh Pant-led team will next face Royal Challengers Bangalore at the Narendra Modi Stadium, Ahmedabad on 27 April. 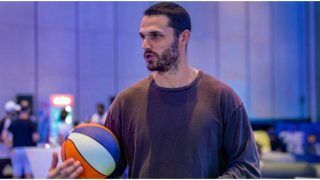 IPL 2021: I Feel Safe to Stay in The Bubble - Nathan Coulter-Nile 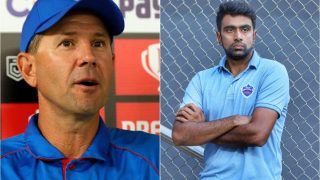