Nasreen - who has received death threats in the past for her writings - has reacted to Ali's act and spoken harsh words for the English cricketer.

Controversial Bangladeshi author Taslima Nasreen stirred is making headlines for the wrong reasons again! In the wake of CSK cricketer Moeen Ali asking the management to remove the logo of an alcohol brand, Nasreen – who has received death threats in the past for her writings – has reacted to it with harsh words for the English cricketer.

Taslima – who is known for her writings on criticism of religion and women’s oppression – reckoned had it not been cricket, Ali would be in terror-riden Syria and joined ISIS – which is a dreaded terror organisation.

She took to Twitter and wrote, “If Moeen Ali were not stuck with cricket, he would have gone to Syria to join ISIS.”

If Moeen Ali were not stuck with cricket, he would have gone to Syria to join ISIS.

As expected, she was brutally trolled.

“A practising Muslim is a terrorist? Don’t do what the world does, Ma’am. Many of us don’t like organised religion. However, to call an individual a terrorist coz he chooses to express his faith is just not done. He didn’t force others to go his way. He just chose not to conform,” wrote a Twitter user.

“If Tasleema Nasreen name was not Muslim Name she would have gone to Join RSS,” wrote another user.

Yet you came to India to join hindutva terr0rist

Ali – who was bought by CSK at the auction earlier this year – would be expected to play a key role for the CSK side. He will bring all his experience to the table. He could play the role of a finisher with the bat who chips in with the ball. CSK – who finished last in 2020, would look to start afresh. They play their season opener against Delhi Capitals on April 10. 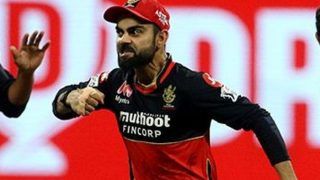 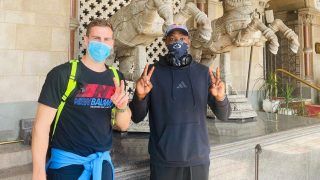