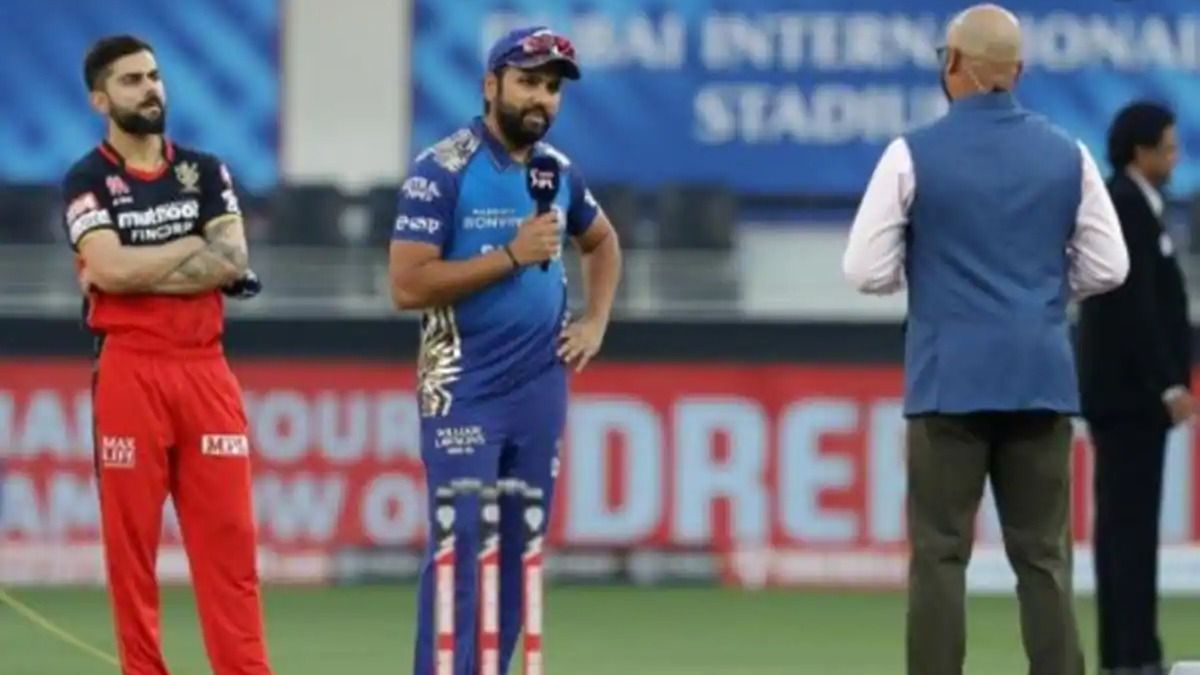 In the opening match of IPL 2021, Royal Challengers Bangalore captain Virat Kohli won the toss and elected to bowl against Rohit Sharma’s Mumbai Indians at Chepauk Stadium, Chennai. The defending champions will look to break their unwanted losing streak in the opening matches since 2012. RCB will also look to win their first match at the Cheapuk since 2014.

Mumbai made some interesting inclusions in their playing XI as Chris Lynn finally got his debut game for Men in Blue and Golden as Quinton de Kock missed out on the game as he is undergoing quarantine. Lynn received his debut cap from skipper Rohit.

On the other hand, RCB picked AB de Villiers, Glenn Maxwell, Kyle Jamieson and Dan Christian as their four overseas players. Apart from De Villiers, the other three players were bought in the 2021 Auction as Maxwell fetched 14.25 crore while Jamieson went for a massive 15.5 crore.

Mumbai stuck to their core from the last season as they made only two changes from the playing XI of IPL 2020 final. Apart from Lynn, South Africa’s Marco Jensen made his debut for Mumbai Indians.

At the toss, RCB skipper Virat Kohli expressed his pleasure on winning the toss after a long time as he lost many during the England series.

“It’s unbelievable, bit of a mini-break helped me I guess to win a toss. Going to bowl first. They’re a side who likes chasing. Good chance for us to get onto the park and create some intensity. With the balance we have this year we can do both, but have to understand who you’re playing against. We understand with the depth they have they have never out of the game. Bowling first was a no-brainer for us. Every year IPL has a different energy, a different vibe. It’s high intensity. Playing for the same franchise has been an honour for me. Loyalty is a big thing for me. Dubai was great as well but this just feels like home. Great feeling to be playing in our stadiums and for people to watch in our prime times. Three guys making their debut: Maxwell, Jamieson, Christian is back after eight years for the same franchise. Rajat Patidar makes his debut as well. Padikkal has been recommended rest,” Kohli said at the toss. 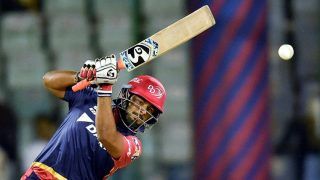 I am Taking help From Seniors like Dhawan, Rahane, Ashwin on Strategic Decisions: Pant 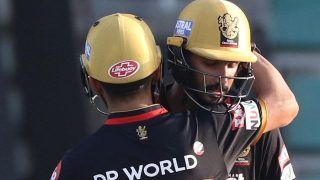