Stressing on the need to ensure the team doesn't suffer because of retention rules, Dhoni said the focus will be on building a strong core for CSK that serves the franchise for next 10 years.

Dubai: Chennai Super Kings captain MS Dhoni, who once again aced his role of a leader in the white-ball format, wrote an extraordinary script on Friday as he marshalled his troops to their fourth Indian Premier League title. Chennai outwitted Kolkata Knight Riders by 27 runs in a one-sided final in Dubai. Lauding his opponents after the title showdown, Dhoni heaped special praise on Eoin Morgan-led Kolkata Knight Riders, who finished their remarkable comeback in IPL 2021 with a runners-up place.

Once reeling at the 7th spot (with 2 wins from 7 matches) in IPL 2021 points table, KKR scripted a memorable comeback in the second leg of the league to book a spot in the final versus CSK. Kolkata defeated Royal Challengers Bangalore in the Eliminator and then trumped table-toppers Delhi Capitals in Qualifier 2 to complete a sensational comeback.

“Before I start talking about CSK, it’s important I talk about KKR. For the position they were in after the first phase, it is very difficult to come back and do what they have done. If any team deserved to win the IPL this year, I feel it was KKR. I think the break helped them,” Dhoni said at the IPL 2021 final match presentation.

Meanwhile, Chennai Super Kings clinched their fourth IPL trophy under the leadership of Dhoni. The ‘Yellow Army’ who was playing their 9th final in IPL, beat KKR in a convincing fashion. With that, the aura of MS Dhoni as the leader in limited-overs format has touched newer heights. Dhoni’s men became only the second team in the history of the IPL to win more than 3 titles.

“I am really grateful for today. It was also my 100th game in the IPL. I have loved my time here. I have done almost ten years here – two seasons were a bit of a break. No. 4 in the trophy cabinet is really good.” 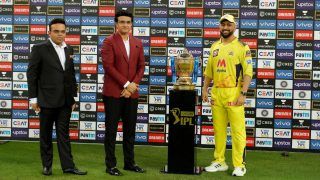 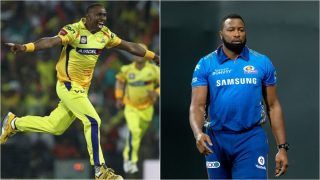