Dubai: One of the biggest factors that set MS Dhoni apart from the rest is his sharpness from behind the stumps and his cricketing brain. Such is his authority of DRS Review that there came a time that fans renamed it as ‘Dhoni Review System’. But, it seems he has lost his Midas Touch! His recent DRS record speaks highlights the fact that his level of sharpness has dipped. He has merely one successful review out of his last 10.

That is not a stat he would be proud of with the IPL reaching its climax. Also, his form with the bat has left fans far from happy. In his 27-ball stay against Delhi Capitals on Monday in Dubai, he could not hit a single boundary. He scored 18 off 27 balls and it was a struggle.

Only one successful review by MSD in the last 10 reviews taken. #CSK #CricketTwitter

CSK lost to DC by three wickets in a low-scoring affair. The loss will not affect their standings in the points table as they are second and have qualified. After the loss, Dhoni spoke of the pitch and revealed that it was slow and not easy to score runs.

“We were looking to get closer to 150. After we lost a few wickets, around the 15-16th over mark the platform was nice. We failed to accelerate. I thought it was a tough pitch. Anything close to 150 would’ve been a good score. It’s a two-paced wicket. It’s not like it slowed down drastically. Can’t just play your shots. That’s what the Delhi batters also faced,” Dhoni said at the post-match presentation. 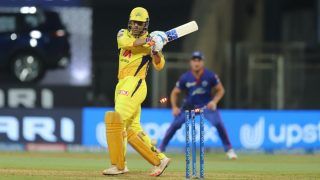 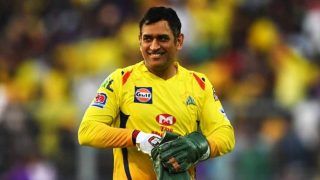