With another dominating victory, Chennai Super Kings have once again jumped to the top of the points table with 10 points at a NRR of +1.475. 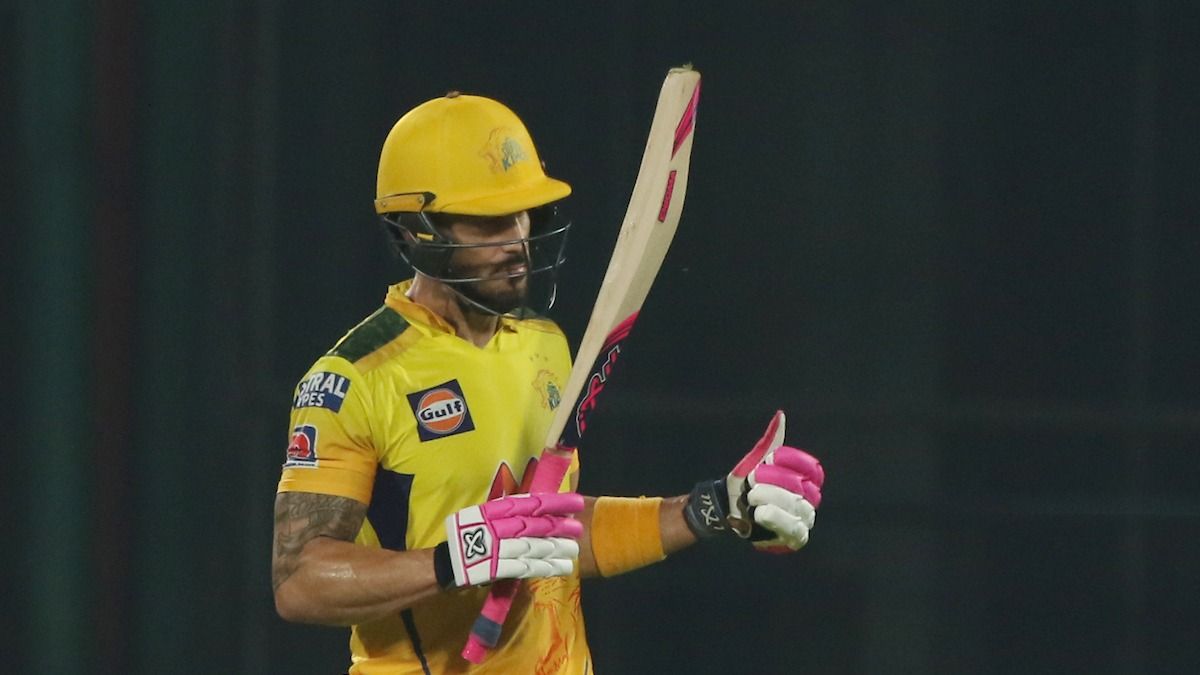 Dominant Chennai Super Kings registered a comprehensive 7-wicket victory over Sunrisers Hyderabad on Wednesday in the Indian Premier League contest. CSK, who have been in tremendous form, are now on a winning streak of five matches. The win also helped CSK reclaimed their top spot on IPL 2021 points table.

Chasing a formidable 172-run target, CSK openers Ruturaj Gaikwad and Faf du Plessis gave their team a perfect start with a 129-run stand. The duo laid the foundation of a convincing win as CSK claimed victory with 9 balls to spare.

SRH pacer struggled miserably on the first match of IPL 2021 in Delhi as Sandeep Sharma, Khaleel Ahmed and Siddarth Kaul remained wicket-less after the match.

Leg-spinner Rashid Khan took 3/36 in his four overs but he was far from miserly on a pitch that helped strokeplay.

Earlier, opted to bat first, SRH opener Jonny Bairstow was dismissed early, skipper David Warner and No. 3 Manish Pandey added 106 runs for the second wicket in 13.5 overs. While there was no loss of a wicket, Warner struggled to get his shots going and couldn’t increase the run rate. He fell for a 55-ball 57, which included two sixes and three fours.

Pandey, who was included in the side after being benched in the previous game, looked more fluent as he hammered his way to a 46-ball 61 (5×4, 1×6).

Kane Williamson’s 10-ball 26 at the back-end of the SRH innings helped his side score 58 runs in the last five overs to reach a fighting total of 171/3 in 20 overs.

With another dominating victory, Chennai Super Kings have once again jumped to the top of the points table with 10 points at a NRR of +1.475. Royal Challengers Bangalore, who also have 10 points, are now slipped to second with +0.089 NRR. Delhi Capitals have acquired the third spot on the table with four wins in 6 matches. They have 8 points so far in the league. Defending champions Mumbai Indians are stuck at the fourth position with just four points in five matches at a NRR of -0.032. While Kolkata Knight Riders are at fifth with four points and -0.305 NRR. Punjab Kings and Rajasthan Royal also have four points each but they are sixth and seventh place with poor NRR. The defeat on Wednesday put Sunrisers Hyderabad play-offs fight in doubt with just one win in 6 matches.

With three fifties in the tournament so far, Faf du Plessis is the new orange cap holder with 270 runs in six matches at an average of 67.50. Shikhar Dhawan who held the cap for a long time is now at the second spot with 265 runs in 6 matches. The last year’s orange cap winner KL Rahul is still in contention to win it again with 240 runs in 6 matches. RCB new-recruit Glenn Maxwell with a couple of crucial knocks is at the fourth spot in the list with 223 runs. While SRH opener Jonny Bairstow is at fifth with 218 runs.

RCB death-over specialist Harshal Patel is far ahead in the Purple Cap list from his competitors with 17 wickets in just 6 matches. The second on the list is rookie Delhi Capitals pacer Avesh Khan with 12 wickets. Sunrisers Hyderabad lone warrior with the ball in CSK clash, Rashid Khan is now at the third spot with 9 wickets at an economy rate of 6.16. While Mumbai’s Rahul Chahar and Rajasthan’s Chris Morris has also picked nine wickets each. 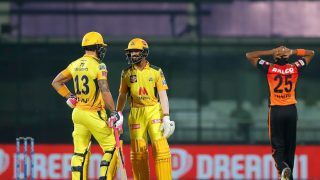 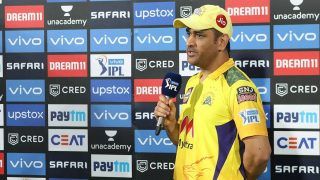