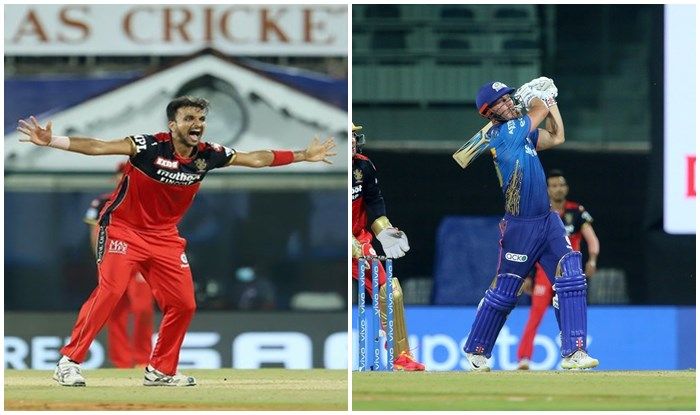 After winning the toss after a long time, Virat Kohli said ‘It’s Unbelievable’ as he opted to bowl first against Mumbai Indians on Friday in the season opener in Chennai. Mumbai did not get off to a good start as they lost Rohit Sharma early for 19. Lynn found form as he hit a brilliant 49 off 35 balls. But the star of the show was Harshal Patel – who became the first bowler to pick up a five-wicket haul against Mumbai. At one stage, it seemed, Mumbai would post 180 plus, but thanks to Harshal’s spell, he pulled things back and gave RCB the momentum at the break.

Chasing 160 to win, RCB started with a fresh opening pair of Kohli and Washington Sundar. Sundar started promisingly but perished soon for 10. IPL debutant Rajat Patidar (8) disappointed as RCB soon found itself in trouble. Maxwell and Kohli then put on a counter-attacking fifty-run stand before Kohli departed. Eventually, it was AB de Villiers who came up with the goods and took RCB over the line.

After the season opener, Harshal Patel with five wickets has the Purple Cap. He has been instrumental in helping RCB restrict MI to 159.

Not Virat Kohli or Rohit Sharma, Chris Lynn who scored 49, is at the top spot. AB de Villiers – who scored 48 – is in the second spot.

Bangalore on top after beating Mumbai in the opening match of the IPL. RCB win the match by two wickets. 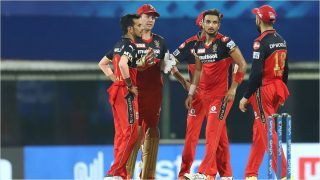 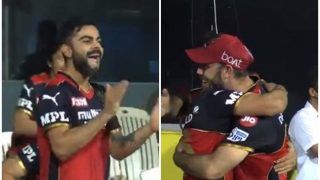