With this win, five-time champions Mumbai, who were tied on 10 points with Rajasthan and Punjab Kings before this game, levelled KKR on points (12) but are a place below them in 5th due to an inferior net run-rate. 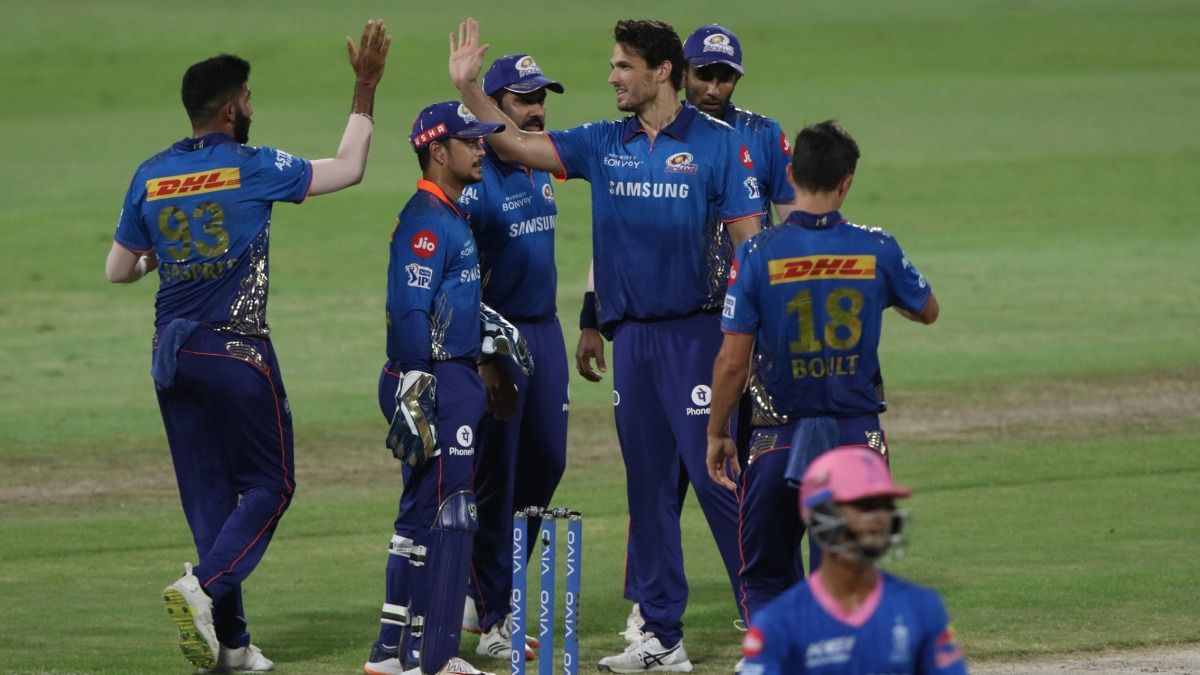 New Delhi: Mumbai Indians registered a comprehensive 8-wicket win over Rajasthan Royals to keep their play-off hopes alive on Tuesday. Chasing a target of 91, Ishan Kishan slammed an unbeaten half-century to guide Mumbai Indians to a massive win with 70 balls to spare at Sharjah Cricket Stadium.

The win helped Mumbai Indians improve their net run rate and are now placed at the fifth position on the points table. While the defeat cost Royals big as they are eliminated from the play-off race.

Apart from Coulter-Nile and James Neesham, Jasprit Bumrah (2/14) also picked two crucial wickets for Mumbai. Opener Evin Lewis was the top-scorer for Rajasthan with his 24.

Mumbai Indians started the chase with an offensive approach from skipper Rohit Sharma who smashed 14 runs in the first over of the inning which was bowled by Mustafizur Rahman. Rohit, however, got dismissed by Chetan Sakariya.

Ishan Kishan was the top-scorer for Mumbai with 50 off 25 while Mustafizur Rahman (1/32) and Chetan Sakariya (1/36) picked one wicket each for Rajasthan.

Delhi Capitals, Chennai Super Kings and Royal Challengers Bangalore are already qualified for the play-off. While MI and KKR are the prime contenders to fill the fourth spot.

A look at the Points Table after Match 51 of the #VIVOIPL 👇 #RRvMI pic.twitter.com/VwyvG4FKfP

Punjab Kings captain KL Rahul continues to hold the number one spot in IPL 2021 Orange Cap list most runs in the tournament. Rahul has scored 528 runs in 12 matches at an impressive average of 52.80 and strike rate close to 130. CSK opener Ruturaj Gaikwad, who scored a century against Rajasthan Royals, failed to carry his form against Delhi Capitals but scored crucial 13 runs to claim the second position in the Orange Cap tally. Gaikwad has 521 runs under his belt at an average of 47.36. Delhi Capitals experienced opener Shikhar Dhawan (501 runs) and Rajasthan Royals captain Sanju Samson (483 runs) are at the third and fourth spots respectively. Meanwhile, another Chennai Super Kings’ opener Faf du Plessis round off the top-5. The former South Africa captain has 470 runs against his name in 13 matches at an average of 42.72 and strike rate 137.42.

Royal Challengers Bangalore pacer Harshal Patel 26 wickets in 12 matches maintains his domination in the IPL 2021 Purple Cap tally most wickets in the tournament. Delhi Capitals pacer Avesh Khan is at the second position on the list. Avesh has 22 scalps under his belt in 13 matches at an average of 15.90. Jasprit Bumrah claimed two wickets against Rajasthan Royals which put him in third place with 19 scalps under his kitty. Punjab Kings senior pacer Mohammad Shami is at the third slot with 18 wickets in 13 matches at a tidy average of 20.72. Another Punjab speedster Arshdeep Singh (16 wickets) currently placed at the fifth spot. 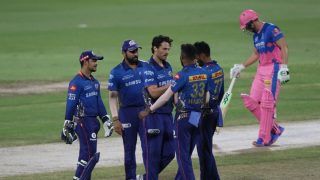