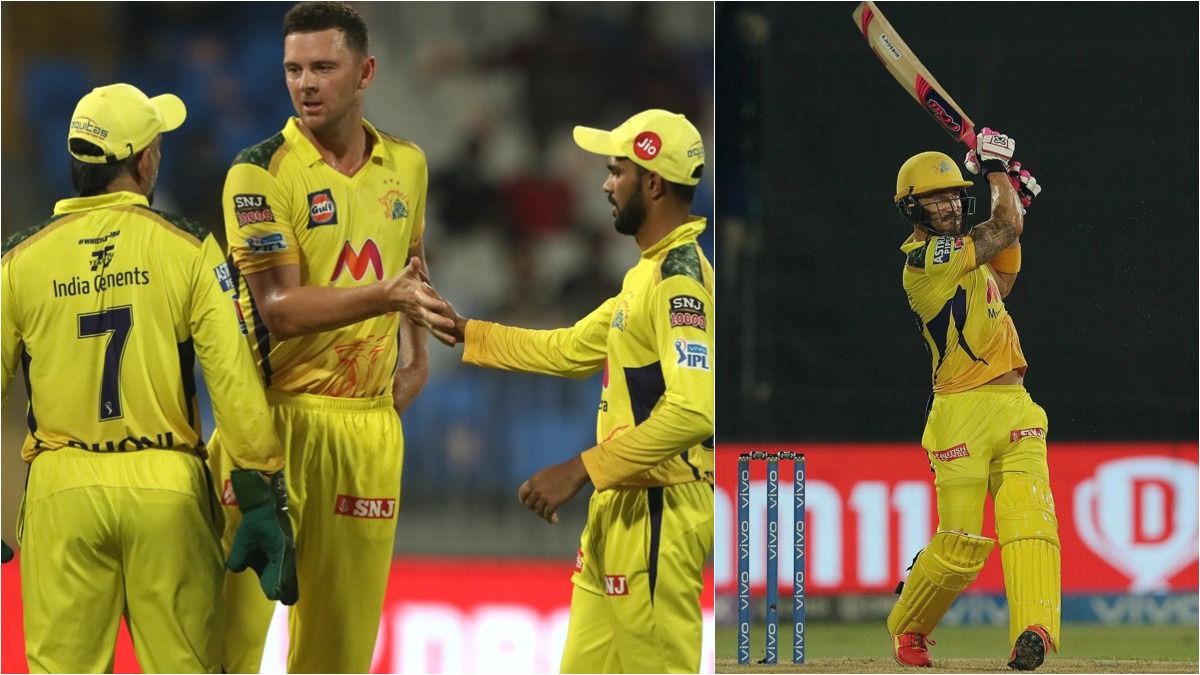 IPL 2021 Points Table Today Latest, SRH vs CSK 2021 Scorecard: Three-time champions Chennai Super Kings became the first team to qualify for the playoffs of the IPL 2021 with a six-wicket win over Sunrisers Hyderabad in match 44 of the T20 league at the Sharjah Cricket Stadium on Thursday. Chasing a 135-run target, in-form openers Ruturaj Gaikwad (45 off 38) and Faf du Plessis (41 off 36) shared a sublime 75-run stand to give CSK an ideal start. A mini-collapse in the middle overs made the chase interesting before CSK got the job done in 19.4 overs with Dhoni (14 not out off 11) hitting the winning six and bringing back memories of his heydays. The three-time former champions thus ended the chase, scoring 139 for four, for a convincing six-wicket win. With 18 points from eleven matches, Chennai retained their top position in the points table while Hyderabad are now eliminated from the tournament.

With their fourth win in as many games since the tournament’s resumption, CSK showed not making the playoffs last season was just a blip in their successful IPL history. The Sharjah pitch, which produced high-scoring games last year, has been a complete contrast this season with its slow nature making stroke-making difficult. Batting in the second innings got easier with the fast-rising Gaikwad displaying supreme skills. The confidence with which he played star SRH spinner Rashid Khan was most impressive.

Delhi Capitals experienced opener Shikhar Dhawan continues to hold the number one spot in IPL 2021 Orange Cap list – most runs in the tournament. Dhawan has scored 454 runs in 11 matches at an impressive average of 45.40 and strike rate of 130.45. Rajasthan Royals captain Sanju Samson is at the second position with 452 runs at an average of 50.22 and an impressive strike rate 141.25. Meanwhile, CSK opener Faf du Plessis, who played an important knock of 41 runs off 36 balls, is at the number 3 spot with 435 runs under his belt at an average of 48.33. Du Plessis scored his runs at an impressive strike rate of 138.09. Punjab Kings captain KL Rahul and CSK opener Ruturaj Gaikwad are at the fourth and fifth spot respectively. Rahul has scored 422 runs in 10 matches, while Gaikwad has managed to score 407 runs in 11 games.

Royal Challengers Bangalore pacer Harshal Patel – 26 wickets in 11 matches – maintains his domination in the IPL 2021 Purple Cap tally – most wickets in the tournament. Harshal picked up 3/34 against Rajasthan Royals in match 43 of IPL 2021. Delhi Capitals pacer Avesh Khan is at the second position on the list. Avesh has 18 scalps under his belt in 11 matches at an average of 16.66. Mumbai Indians premier pacer – Jasprit Bumrah holds the third spot in the IPL Purple Cap tally with 16 wickets in 11 matches. Sunrisers Hyderabad’s ace spinner Rashid Khan and Punjab Kings pacer Mohammad Shami are at the fourth and fifth slots respectively. Both Rashid and Shami have claimed 14 wickets in 11 matches at an average of 19.50 and 22.21 respectively. 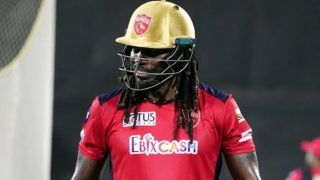 IPL 2021: Punjab Kings’ Chris Gayle Pulls Out Of IPL Due to 'Bubble Fat‪igue'