Royals let go of Steve Smith and appointed Samson as the skipper of their side for the 14th edition of Indian Premier League.

Kumar Sangakkara, Rajasthan Royals’ Director of Cricket, on Sunday said that both Sanju Samson and Rahul Tewatia have the capability of setting the stage on fire as the duo has great talent. Rajasthan Royals will lock horns against Punjab Kings in their first match of the Indian Premier League 2021 opening match on Monday at the Wankhede Stadium. Earlier this year, the Royals let go of Steve Smith and appointed Samson as the skipper of their side. Sangakkara was also roped in as Director of Cricket.

“The pressure is always there, you can try and forget about it. But the reality is I think Sanju and all the players will always tell you that the expectation and pressure are always there. There are various coping mechanisms and little techniques you use to deal with them to let you focus in the moment. It is really important to have that grand ambition of playing regular international cricket,” Sangakkara while replying to ANI query during a virtual press conference on Sunday.

“Both Sanju and Rahul are capable of not just being regulars, but great and outstanding performers on the international stage. They have an amazing ability, great cricketing sense, and both of them over the years have really progressed. Sanju has been a young batting superstar in the Indian scene for a long time, but the real key is to understand that there is a process to achieve that ambition and to take it match by match. Each innings you play in the IPL, the focus should be on that. It is important that both Samson and Rahul have the trust of the team,” he said.

Talking about the likes of Ben Stokes, Jos Buttler, Liam Livingstone being there in the Rajasthan setup, Sangakkara said: “We have a lot of match-winners, not just English specific. With Sanju Samson, Rahul Tewatia, and our fast bowlers, and the key is to have different players who can do something special on the day. If it’s a different player each time, then that’s even better. Everyone is looking forward to starting the tournament.”

Earlier this year, England and Wales Cricket Board (ECB) management confirmed that pacer Jofra Archer would be missing the initial part of IPL 2021 due to an injury. The pacer recently underwent surgery and is currently going through his rehab.

“I think Sanju and I both will agree that losing Jofra Archer is a blow for us. Jofra is a vital part of our makeup and not having him is a reality so we have to plan around it. We understand that it is a difficult time for Jofra really, he played through a full series against India with pain, we are hoping he will join us at some stage,” said Sangakkara.

Rajasthan Royals last year opted for quite a few opening pairs with Jos Buttler, Ben Stokes all opening at some stage in IPL 2020. Sangakkara did not reveal who will open the batting this time around, but he did confirm that a long rope would be provided to the players.

“I think it is a decision we will take with the full buying of the players and we look to finalise later on today before we go for training. We want to keep our options open, it is important that the players know what their roles are,” said Sangakkara.

Rajasthan Royals will open their campaign against Punjab Kings in Match 4 of IPL 2021 in Mumbai on Monday, April 12 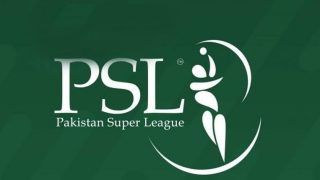 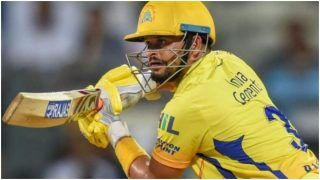