A few individuals from outside reportedly took selfies inside the washrooms with the players.

A covid-19 surge in India and a few IPL bio-security bubble breaches ensured that the BCCI was left with no other option but to suspend the lucrative T20 league. Ever since the suspension on Tuesday, there have been many stories of the bio-bubble breach that has come to the fore. The latest comes from Delhi.

A Newslaundry report claims that the Arun Jaitley Stadium was not allocated for the practice session of the franchises, instead, the Roshanara club was booked. Mumbai Indians, Rajasthan Royals, Chennai Super Kings, and Sunrisers Hyderabad were being driven to the club from their hotel on a regular basis. Despite the teams carrying their food and beverages along with waiters to serve them, a few individuals from outside reportedly took selfies inside the washrooms with the players.

This is again a breach of the bubble.

“In order to allay any apprehensions and concerns, we are further strengthening our bio-secure environments to keep everyone involved in the tournament safe and healthy. Recently, we increased testing in our bio-bubbles to be extra vigilant. Instead of the stipulated test every five days, we now conduct a test every two days,” IPL COO Hemang Amin had said.

Two members of the CSK franchise contracted the virus and had to be isolated.

Now, with the IPL suspended, BCCI is reportedly looking for a September window to conduct the remaining 31 matches. UAE, where the 2020 edition was successfully conducted is being looked at as a possible venue. It will not be easy for the BCCI to successfully go about it as the ICC T20 World Cup is also scheduled to take place at the end of the year. Also, the Coronavirus third wave is expected to grip India soon. 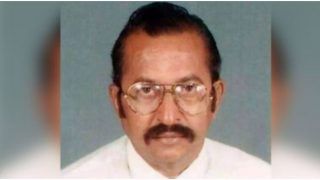 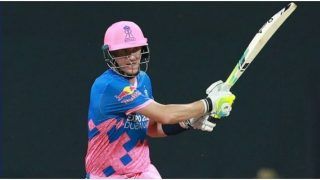