IPL 2021: The Bowlers Did a Fantastic Job to Restrict PBKS to Low Score - David Warner

IPL 2021: The Bowlers Did a Fantastic Job to Restrict PBKS to Low Score - David Warner

The Orange Army came up with a brilliant bowling performance to skittle out Punjab Kings for a paltry score of 120 runs. SRH skipper David Warner gave credit to his bowlers who did a fine job. 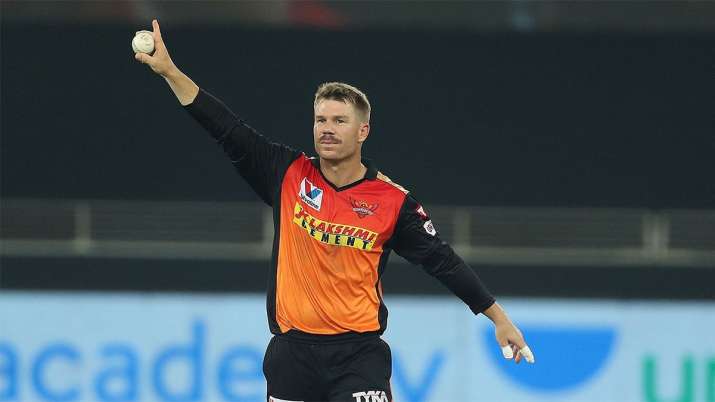 Sunrisers Hyderabad finally registered their first win of the season as they cruised to victory by nine wickets against Punjab Kings at the MA Chidambaram Stadium, Chennai on Wednesday. The Orange Army came up with a brilliant bowling performance to skittle out Punjab Kings for a paltry score of 120 runs. SRH skipper David Warner gave credit to his bowlers who did a fine job.

Khaleel Ahmed was the pick of the bowlers for SRH as he scalped three wickets whereas Abhishek Sharma bagged a brace. Furthermore, Rashid Khan, Bhuvneshwar Kumar and Siddarth Kaul took a wicket each and all the SRH bowlers were economical.

David Warner said in the post-match presentation, “Very pleasing, the bowlers did a fantastic job to reduce them. The game plan of having them there is to anchor the game. Kane Williamson rotates the strike so well, his impact points against spin are there to see. Abhishek is a young guy coming through, we asked him to bowl a lot more this season, and he did it. Till we went on, he didn’t know he was bowling the first over. I didn’t want to think too much about it. It’s all about starting fresh here again, take the wicket out of it”.

On the other hand, Punjab Kings captain KL Rahul believes his team was 10-15 runs short of what could have been a par score. Punjab Kings had won the toss but they could only post 120 runs on the board. The KL Rahul-led kept losing wickets at regular intervals and couldn’t get going. PBKS got off to a sedate start as they added 32-1 in the powerplay overs.

KL Rahul said in the post-match presentation, “We knew what to expect here. Tried to get used to the conditions as quickly as we can. We were 10-15 short on this pitch. Bowlers tried very hard, but it’s very hard coming into these conditions and adapting quickly. Hindsight is a beautiful thing”.

Rahul added, “We knew they were going to come hard. It’s tricky to have attacking fields. Was waiting for one of them to get out and then put pressure. Wanted to take the game as deep as possible. Unfortunately, we couldn’t get wickets in the middle and that cost us. Every game is important for us and we’ve been in that position. It’s not a bad position to be in. Hopefully, learn from our mistakes and keep getting better”.

Sunrisers Hyderabad will next face Delhi Capitals at the MA Chidambaram Stadium on 25th April whereas Punjab Kings will lock horns against defending champions Mumbai Indians at the same venue on 23rd April. 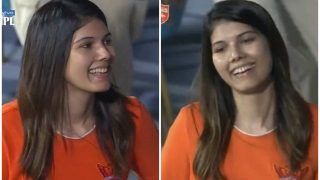