Gujarat Titans (GT) scripted an emphatic win in the final of the IPL 2022. They defeated Rajasthan Royals (RR) in a one-sided affair to become the first team after RR (2008) to win the IPL title in their maiden season. To be fair, not many would have given GT a great chance at the start of the season. They had a new skipper, Hardik Pandya, who had no prior experience of leading teams. Also, there was a question mark on his fitness.

GT had players like David Miller, Rahul Tewatia, Matthew Wade, and Wriddhiman Saha, who were good players but highly inconsistent. Shubman Gill, Rashid Khan and Mohammed Shami were the only players who were expected to do well consistently.

The team though surprised many and punched above their weight to win the title. While Rashid Khan and Mohammed Shami did what was expected of them, top performances from Wriddhiman Saha, Hardik Pandya, David Miller and Rahul Tewatia significantly boosted their chances. Eventually, the team emerged as the best team of the tournament.

Speaking about the IPL 2022 final, GT was too hot to handle for RR in the summit clash. A fiery spell from Hardik Pandya, backed by an impressive show from the bowlers helped GT restrict RR to a below-par 130-9. GT was set for a comfortable win but RR made a staggering comeback after jolting GT with a few early wickets. However, top knocks by Shubman Gill (45), Hardik Pandya (34) and David Miller (32) took the team over the line with nine balls and seven wickets to spare. 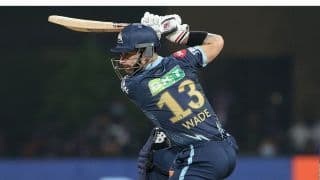