IPL 2022 Qualifier 1, GT vs RR Weather Forecast: The humidity would be on the higher side and there are chances of scattered rain. Kolkata: Now that the four sides for the playoffs is finalised, teams would head to the eastern part of the country to Kolkata where Qualifier 1 and the Eliminator would be played. But, unfortunately it could be disappointing for players and fans as there are predictions and forecasts of rain in the early part of the week.

Table-toppers Gujarat Titans lock horns with Rajasthan Royals in the Eliminator for a direct entry into the final. The match would be played at the iconic Eden Gardens, Kolkata.

The forecast is not the best as there are chances of rain. This is the season of the Kalbaisakhi (strong winds accompanied with rain) showers in Bengal. In the week gone by, the city witnessed rain in the evening – precisely when the IPL matches start. These showers do not last for a long time.

The humidity would be on the higher side and there are chances of scattered rain. The temperature would be around the 35-40-degree-mark, which would not be comfortable for the players. The good part here is that the Eden Gardens has a very good drainage facility. So as and when the rain stops, play can start in under 30 minutes.

Gujarat Titans: GT finished the league campaign with 22 points. Now in their maiden IPL c ampaign, GT will aim for a direct entry into the final.

Rajasthan Royals: RR were the second best team in the IPL 2022. Rajasthan ended with 18 points to secure a place in the Qualifier 1. 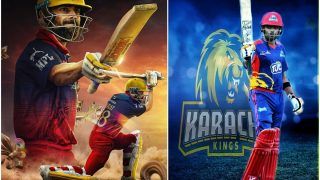 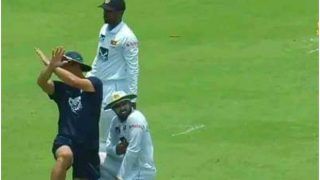 Breaking: Kusal Mendis Take of the Field Due to Massive Chest Pain; Hospitalised