Rajasthan's bowling has lived up to its pre-tournament billing, as seen from a clinical performance to bowl out Royal Challengers Bangalore for 115 all out at the MCA Stadium in Pune on Tuesday. Pune: Uncapped tearaway pacer Kuldeep Sen took 4/20, while Ashwin bagged 3/17 and Krishna took 2/23 as Rajasthan never allowed Bangalore the required momentum in a chase of 146 to become table-toppers in the points table.

“In IPL, it important to have impact bowlers and Rajasthan Royals are starting to get that. Krishna, Sen and Boult. All of them are potential wicket-takers. Some of the teams that are struggling are missing the key wickets even in a high-scoring games and that’s what Royals got,” Smith was quoted as saying by cricket.com.

“He (Kuldeep Sen) looks like a wicket-taker. He’s not as consistent as the others, but he can bowl that brilliant delivery. Krishna was brilliant today. He looked in a much better rhythm. They had challenges with the two spinners, but they are getting that (momentum) right now.”

Smith was also pleased with how Ashwin mixed his variations and control to keep Bangalore on a tight leash in middle overs while taking out Rajat Patidar, Suyash Prabhudessai and Shahbaz Ahmed.

“We all know that he has got an incredible record in Test matches, but his white-ball numbers haven’t been that consistent. May it is because of the changes in bowling. But in this IPL, he seems to be one step ahead of the batsmen. While he has been able to execute the variations, his control has been incredible. It was a masterclass of skill from Ashwin today (Tuesday).”

Before the bowlers did a superb job of defending 144, Riyan Parag’s 56 not out gave Rajasthan’s bowling attack something to bowl at. On a sluggish pitch where majority of batters from both sides struggled, Parag remained firm from one end and then took 30 runs off the last two overs to set up Rajasthan’s win.

“Riyan Parag saved the innings in the middle order. He had some luck with that dropped catch (Hasaranga in 19th over) which added 20-30 runs. Assessing conditions is also very important. Tonight 160 was a good total, that’s where the experience comes in,” observed Smith.

Smith signed off by saying that Rajasthan still need to fix their fourth overseas player who could give an extra all-round option. “I still feel they have an issue with one spot where they could chop and change depending on the conditions and whom they play, like Samson mentioned at the toss today. They have Daryll Mitchell, Rassie van der Dussen, Obed McCoy and Neesham. They are looking for a shoe-in for the knockouts and they’ll want to be No.1, but that one chink they might want to fix.” 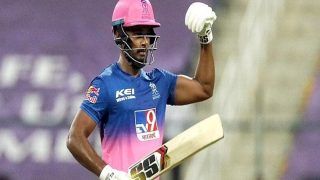 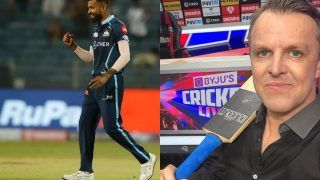