Connelly says that starting at a low base price would spark off a bidding war.

An Indian Premier League (IPL) player agent has reportedly revealed that one of the biggest secrets to making his players a fortune at the IPL auction is starting his players on a low base price, thereby providing the best chance of franchises starting a bidding war and greatly inflating their price.

IPL kingmaker Tony Connelly manages Glenn Maxwell, who has been sold for plus-one million dollars, along with other IPL-bound Australian players including David Warner and Nathan Coulter-Nile.

According to News.com.au, Connelly, who travels to India several times a year to talk up his clients and stays in regular contact with cashed-up franchises, insisted that the IPL auction is not a lucky dip and said that players should be ‘started low’ and then ‘watch them go’. The report mentioned that Maxwell (sold for 1.07 million dollars to Kings XI Punjab), Warner (982,000 dollars to Sunrisers Hyderabad) and Coulter-Nile (760,000 dollars to Delhi Daredevils) all had wage increases from the year before after starting at reduced base rates.

Connelly also said that it is not important for a player to get preoccupied with starting at a high base rate, adding that the IPL auction is like a property one, where one needs bidders to get the ball rolling.

Connelly has revealed that limited-overs all-rounder Maxwell could have signed a 200,000-dollar retention deal offered by Delhi but took a calculated risk to go to auction and ended up with one million dollars from Mumbai.

Connelly further said that the process behind selling a player to an IPL franchise is far more comprehensive than just listing a name for auction, adding that it is about having networks and relationships, understanding how different franchises think and how a player might fit in culturally. Sports agents in Australia generally take a cut of player contracts in the region of 4-7.5 per cent, the report added. 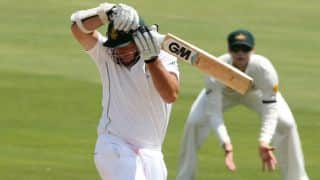