There was a proposal to hold the May 21 game between Gujarat Lions and Munbai Indians in Kanpur as well.

Kanpur: Kanpur’s Green Park Stadium is likely to host just one match in the ongoing edition of the Indian Premier League (IPL) 2016 instead of two due to pressing logistical issues. Kanpur has showed a lot of eagerness to host at least two IPL games this season but it now has to be satisfied with only one. First and foremost reason being there is just one five-star hotel in the city and secondly, the nearest airport to Kanpur is situated in Lucknow, which is about 71 kms from the city. According to an Uttar Pradesh Cricket Association (UPCA) official, the city, in all likelihood, would host the May 19th match between Gujarat Lions (GL) and Kolkata Knight Riders (KKR). FULL CRICKET SCORECARD: Gujarat Lions (GL) vs Kolkata Knight Riders (KKR), IPL 2016, Match 51

There was a proposal to hold the May 21 game between Gujarat Lions and Munbai Indians here as well but limited number of rooms available in just one five-star hotel in the city to accommodate three teams at the same time has diminished the chances. The official said that IPL chairman Rajeev Shukla, whose hometown is Kanpur, is leaving no stone unturned to make sure that the people of Kanpur can witness a day-night game at the Green Park stadium here.

However, there are some issues with the brightness of the floodlights also and the authorities have asked for another week’s time to fix up the problem. But the venue getting the green light to host an IPL match would depend on the report of the BCCI’s technical team, which will land here to inspect the ground. The date of inspection is yet to be decided. 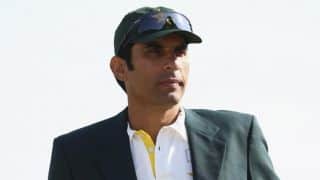 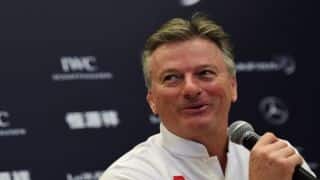