Chris Lynn has been in smashing form in the Big Bash League playing for Brisbane Heat.

Australia s explosive batsman, Chris Lynn has been snapped up by his former side Kolkata Knight Riders (KKR) for INR 9.6 Cr. He has so far played 12 IPL matches, making 384 runs with a top-score of 93. Lynn in the ongoing BBL season has scored 127 at 42.33, with a high score of 63 not out. Lynn will be the second player to picked by KKR in this auction so far. They purchased Mitchell Starc for 9.4 Cr. 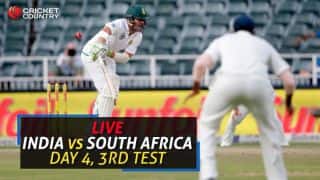