KL Rahul has been the highest bid Indian player so far as he was picked by Kings XI Punjab (KXIP) for INR 11 crores. Rahul was a part of the IPL team RCB as a wicket-keeper batsman in 2013. In 2014, he was bought by the SRH for INR 1 crore at the auction. In the 2016 season, he returned to the RCB. KXIP have bought Ravichandran Ashwin, David Miller, Yuvraj Singh, Akshar Patel. 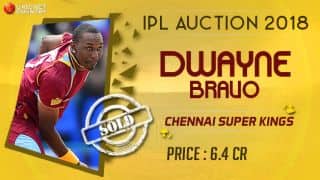