India’s leading Test bowler in the recently concluded home season, Umesh Yadav was sold to Royal Challengers Banglalore (RCB) for INR 2.4 Cr. This was their first purchase of an Indian player in this auction. Umesh was earlier playing for Kolkata Knight Riders. Yadav attracted bids from other franchises. RCB so far had picked up Moeen Ali, Chris Woakes, Brendon McCullum and Quinton de Kock. 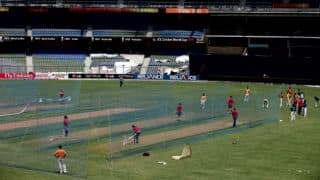 IPL 2018: No potable water to be used for ground maintenance