Washington Sundar just recently made his India ODI and T20I debut for India.

Washington Sundar attracted a lot of interest from Indian Premier League (IPL) franchises like Kings XI Punjab, Mumbai Indians, and eventual winners Royal Challengers Bangalore. He was purchased by RCB for 3.2 Crore, having a base price of 1.5 Cr. He was instrumental in Rising Pune Supergiant s resurgence in the last edition of IPL. Sundar just recently made his India ODI and T20I debut.

Earlier, Day One of auction saw many dramatic purchases, with Ben Stokes being the most expensive player, yet again. T20 specialists like Chris Gayle, Martin Guptill and Lasith Maling were left unsold along with Murali Vijay, Hashim Amla, Jonny Bairstow, Parthiv Patel, Josh Hazlewood, Tim Southee and Ishant Sharma. There were over 78 players who were sold of which 29 were overseas players.

One of the most intriguing sights of Day One was one that of Kings XI Punjab owner Preity Zinta, who was frantically seen taking using the paddle from the start. 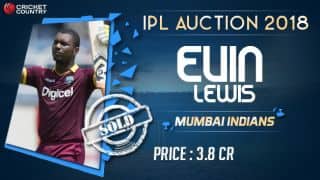 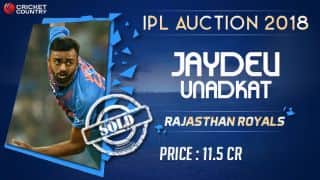