All the eight teams were informed that the trading window will close on November 14, 2019.

The Indian Premier League (IPL) auction for the 13th edition of the tournament is set to take place on December 19, 2019 in Kolkata.

The last mega auction had taken place in 2018 and all the teams were then allowed to retain five players before they build new squads.

The report also added that the teams on Monday were informed that the trading window will close on November 14, next month.

All the eight sides were earlier allotted Rs 85 crore (each) to form a team for IPL 2020. In addition to the balance they have from the previous auction, the sides will be given an additional Rs 3 crore-purse to spend on the players.

While defending champions,MI, have the balance of Rs 3.05 crore, DC have the highest balance among all the eight teams. They currently have Rs 8.2 crore at their disposal. The Bengaluru-based RCB, meanwhile, have Rs. 1.8 crore – lowest among all the eight franchises – to spend. 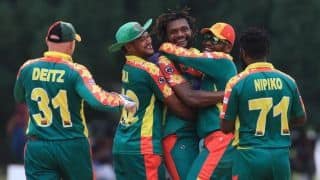