Ian Chappell has blamed the shifting of focus on shorter formats, lack of systematic coaching as the reasons for the batting failures Australia have suffered against India.

Ian Chappell has blamed the shifting of focus on shorter formats, emergence of T20 leagues, lack of systematic coaching among reasons for the multiple batting failures Australia have suffered during their ongoing Test series against India.

Five centuries have been scored so far on the tour – all by Indian batsmen. While twice India have posted scores in excess of 400 runs, Australia’s highest team total has been 326 (2nd Test). The tourists look all set to complete a historic Test series win Down Under having won two of the three Tests so far.

A lot of factors have combined to lead us where we are today, Chappell told The Times of India. Technical issues, lack of systematic coaching, focus on shorter formats and the adverse effects of IPL and BBL have all played a part.

Chappell, who played 75 Tests and 16 ODIs between 1964 and 1980, the says Australia isn’t suffering from a crisis of talent but there has been a failure to develop the youngsters to meet the demands of international cricket.

“I think the problem is the talent is not maturing. Greg (Chappell) says that there is a lot of young talent around. Unfortunately, after they are getting into the system, they are going off the rails. So I think the system is partly responsible. The club and inter-state cricket also have got issues and are not developing the talents properly, he said.

Questions have been raised over the timing of Big Bash League, Australia’s premier T20 competition, which has put the Sheffield Shield (first-class competition) on hold.

Drawing parallels with Indian domestic setup, Chappell said, India had a couple of advantages (over Australia). First, they have got a window for IPL. So, your guys are still playing a lot of first-class cricket. India are not in a position where they are playing a Test series like this and if their batsmen are not making runs, they don t have to pick a replacement from a T20 competition.

A window for IPL also means India are not playing Test cricket during that period, nor do their players go around playing other T20 competitions because they are so well paid in the IPL. The other factor is that India have a huge population, so the talent pool is much larger than Australia s.

Australia captain Tim Paine had recently expressed his frustration at the pitches being served for the Test series which he felt worked to the advantage of India. However, Chappell said the nature of tracks notwithstanding, the hosts should have made the best use of what was given to them.

“Tim Paine said that he would ve liked to have pitches that suit Australia better. In my view, you have got to win on what has been provided to you,” he said. 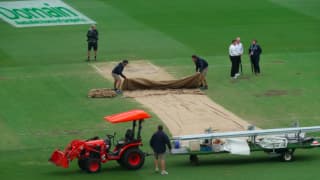