IPL Biggest 'Make in India' Global Sporting Brand, ₹3000 Cr Could Be Breached For Media Rights in Next Cyc

BCCI treasurer Arun Dhumal feels that all the Indians can be proud of the way IPL has grown over the years and has turned into a global sporting brand, adding that it is the biggest 'Make in India' sporting brand since its inaugural season in 2008. New Delhi: BCCI treasurer Arun Dhumal feels that all the Indians can be proud of the way IPL has grown over the years and has turned into a global sporting brand, adding that it is the biggest ‘Make in India’ sporting brand since its inaugural season in 2008. With the owners of Manchester United also getting in the fray of buying an IPL team, eventually losing out, Dhumal is not too far away from the truth as the valuation of the league is growing every passing season globally and right now is placed in the top 5 of all sporting league in the entire world.

At the bidding process conducted in Dubai on Monday, private equity firm CVC Capitals Partners paid Rs 5625 crore for the Ahmedabad franchise and RPSG Ventures shelled out Rs 7090 crore for the Lucknow franchise.

“All of us Indians have to be proud of the fact that how IPL has grown over the years and how it has become a global sporting brand. For Manchester United owners and the likes of CVC, they eyeing for the IPL says it all. It is the biggest ‘Make in India’ brand the country has created and we all have to be proud of it,” Dhumal told PTI.

Dhumal is also a member of the IPL Governing Council. The lucrative league will be a 10-team affair from 2022.

Asked if the BCCI expected such high bids after keeping the base price at Rs 2000 crore, he said: “Forget the numbers, what it has showcased the world is that we are capable of organising a tournament of this scale very successfully. The best of players want to be part of it. It has also changed the way cricket is played across formats.

“It is not for us to evaluate. The market is the best place to determine the price. We have opened the property to the world and people are valuing it. You can say the numbers were mindboggling back in 2008 (before first edition) but look what it has done to the eight franchises.

“Likewise, the new teams would have also done the number-crunching much before they came to the table for bidding and they know the value it brings to them.”

As per the exchange rate in 2008, Mumbai Indians were the most expensive franchise out of the eight teams at Rs 450 crore. The IPL media rights, which were sold for more than Rs 16000 crore, will also be up for grabs soon and the Rs 30000 crore could be breached for the 2023-2027 cycle.

“It bodes well for the game of cricket. This will not only help Indian cricket but also global cricket. The best players want to be part of it and this has also created a buzz among the budding cricketers globally,” said Dhumal.

Talking about the upcoming mega auction, Dhumal said the process will be fair for all teams, including the new entrants. A franchise is expected to retain up to four players before the auction with no right to match card.

“We are working on that and we will make sure that all including the new teams get a fair chance to build their side. The competitiveness of the tournament has to be there, that is why people watch the IPL,” Dhumal added. 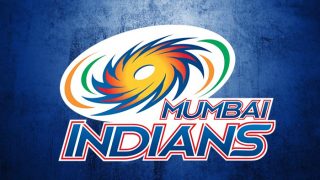