Franchises with a strong Sri Lankan presence are slowly building up pressure on the Governing Council of the Indian Premier League (IPL) to shift their play-off and knockout matches out of Chennai. 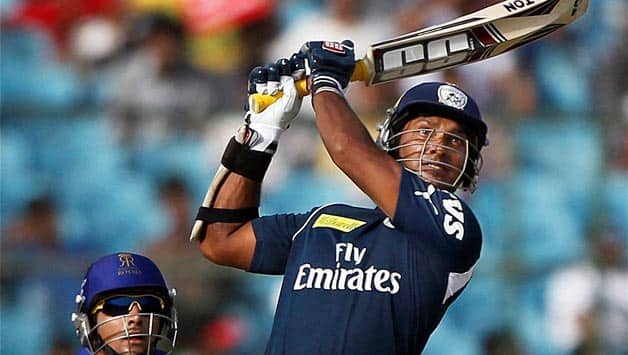 Franchises with a strong Sri Lankan presence are slowly building up pressure on the Governing Council of the Indian Premier League (IPL) to shift their play-off and knockout matches out of Chennai.

Four franchises IANS spoke to were confident that the issue would be sorted out by the time the Twenty20 tournament reaches its business end. Their contention is that there should be a level playing field among the contestants when they play in Chennai, which will host 10 matches.

The franchises feel the IPL will be robbed of good competition and it will be a win-win situation for Chennai Super Kings if they are allowed to get away with it.

One senior official of a franchise, which will be led by a Sri Lankan, said the argument that the Super Kings, owned by Indian cricket board president N Srinivasan‘s company India Cements, also has two Sri Lankans would not wash as fast bowler Nuwan Kulasekara and leg-spinner Akila Dananjaya were not regular starters.

“There is no level playing field in Chennai. How can we afford to miss our captain and other crucial players when we are playing a play-off or a knock-out match in Chennai,” they asked while speaking to IANS.

The franchises are sore that the IPL Governing Council did not consult them before taking such a momentous decision to keep the Sri Lankan players out during the Chennai leg.

Thirteen Sri Lankans will be seen in action in the IPL this season. Three franchises are being led by Sri Lankans — Sunrisers Hyderabad by Kumar Sangakkara, Delhi Daredevils by Mahela Jayawardene and Pune Warriors by Angelo Mathews. Royal Challengers Bangalore will also be hard hit as it has two key players — the world’s highest wicket-taker Muttiah Muralitharan and dashing all-rounder Tillakaratne Dilshan. Mumbai Indians will be affected as it has Lasith Malinga.

The franchises wondered, when matches could be taken out of Hyderabad in 2010 during the Telangana agitation, why can’t this be done in the case of Chennai when the situation is painted as more volatile by the state administration.

Tamil Nadu Chief Minister J Jayalalithaa has insisted that IPL matches can be played in Chennai only if there is no Sri Lankan player or team official. There is growing unrest in Tamil Nadu over the atrocities against ethnic Tamils in Sri Lanka during the civil war against Tamil Tigers that ended in 2009.

A top official of an IPL franchise, which will also be led by a Sri Lankan, said the franchises are still in discussions whether to play in Chennai with the IPL rider or not and a final decision would be taken either late Saturday or Sunday.

“In the past, the IPL Governing Council has set a precedent by shifting matches out of cities where safety and security were a matter of concern. If matches could be shifted out of Hyderabad during the height of Telengana agitation, why not now? How can we play play-off and knockout matches without our key players,” the official asked, while speaking to IANS on condition of anonymity.

IPL had moved all the seven matches out of Hyderabad in 2010 after a movement for a separate Telengana state turned violent. Deccan Chargers, then the local franchise, played three matches in Nagpur and two each in Cuttack and Mumbai.

During the same edition, the IPL semifinals were also shifted out of Bangalore following two low-intensity bomb blasts outside Bangalore’s Chinnaswamy Stadium just before the start of a match between Royal Challengers Bangalore and Mumbai Indians.