Kolkata Knight Riders have announced the departure of head coach Jacques Kallis and assistant coach Simon Katich after failing to make the playoffs this year.

KKR finished fifth in the points table and missed out on playoff berth due to net run-rate. It was an eventful season for the two-time former IPL winners who had to endure a run of six straight defeats apart from star allrounder Andre Russell expressing displeasure over his batting position during a press conference.

Kallis signed up with KKR in 2015 and during his tenure, they entered playoffs on three successive occasions. He coached them to 32 victories out of 61 matches.

“Jacques Kallis has been an integral part of the KKR family & will always remain so. We will be exploring ways of working with Jacques as we pursue our vision of establishing the Knight Rider brand as a global brand,” Venky Mysore, CEO of KKR, said in a media release on Sunday.

Kallis said it’s time for him to explore new opportunities after ‘nine fantastic years with KKR’ that began with him signing first as a player in 2011 followed by the role of mentor before taking over as the head coach.

“After 9 fantastic years with KKR since 2011, as a player, mentor and Head Coach, it s time to explore new opportunities. I would to like to thank the Owners, Management and fellow players for many happy memories,” Kallis said.

KKR are expected to name replacements in the coming days. 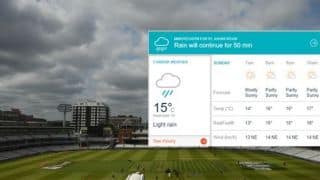 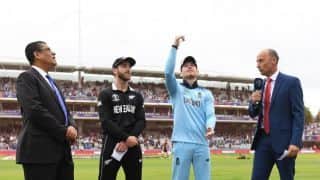