The Board of Control for Cricket in India (BCCI) collected a total of Rs 44,075 crore for the rights over the next five years.

Mumbai: According to multiple reports, it is believed that DisneyStar have won the television broadcast rights for the Indian Premier League (IPL) while Viacom18 have got the digital rights of the tournament.

The Board of Control for Cricket in India (BCCI) collected a total of Rs 44,075 crore for the rights over the next five years. However, the official announcements will be made after completing the auctions of all four rights packages.

This means that the BCCI will be earning more than 100 crores per match, which is way more than what was expected before the start of the auction. As per various reports, DisneyStar got Package A, which includes TV rights for India, for a total of Rs 23,575 crore. The amount will be paid for 410 matches over five years.

Package B, which includes India subcontinent digital rights, was won by Viacom18 for a total Rs 20,500 crore. The Reliance Industries-controlled company will be paying Rs 50 crore per match. Both the rights have been bought for Rs 107.5 crore per match for the 2023-2027 cycle.

For TV and digital right, the reserve price was Rs 49 crore and Rs 33 crore per match, respectively. DisneyStar had paid Rs 16,347.5 for the five-year period in the last auctions. The auctions for package C, which is non-exclusive India digital rights, started Monday evening and will resume Tuesday at 11 am. It will be followed by package D (rest of the world).

“In the last five years, DisneyStar has grown the ad revenues from an average of Rs 7 lakh to Rs 14.5 lakh in the last season, but overall, they may still have made some loss. Now, it will have to go to over Rs 20 lakh and the distribution revenue will also have to come in to make money.” As for digital, recovering Rs 50 crore per match may be difficult with advertising and subscription revenues,” a person close to auctions told Economic Times.

“While it will not bid from the start, Viacom18 will ultimately challenge the winner of package C to acquire the rights, so that those matches remain exclusive to Viacom18’s digital platforms,” he concluded. 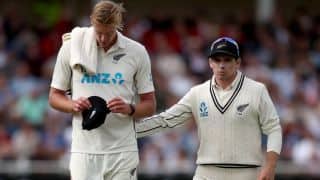