Mudgal said the committee would ensure no one was hurt or defamed unnecessarily.

Justice Mukul Mudgal, the man who will investigate the Indian Premier League (IPL) betting and spot fixing controversy that broke out in 2013, spoke about his plan of action and the responsibilities and difficulties of carrying out his assignment.

In an interview with Boria Majumdar of Economic Times, Justice Mudgal spoke of the daunting opportunity to investigate such a high-profile case. “You can say the opportunity is daunting. It is a huge responsibility and I am looking at it as an opportunity. We have worked for four months in trying to get to the root of the problem within the framework of the limited mandate we had and now we have the opportunity to really investigate the matter. As I said, I find the opportunity daunting,” he said.

On being asked his thoughts about how the cricketing world will be looking at what the Mudgal Committee does, Mudgal said, “I think that’s overstating things a bit. We have a mandate to look into one aspect of the problem. To expect that we can cleanse the game as a whole would be to expect too much. Sometimes people’s expectations tend to be a little unreasonable. We need to stay within the parameters of our mandate. Let’s not be overambitious to start with and say we can clean cricket as a whole. Rather, I would like to say that we will investigate the IPL problem to its very core and try to do it objectively and rationally.”

Mudgal replied to a question about whether he would be able to deal with the 13 iconic players allegedly involved in an objective manner. “Of course. Let me state one thing clearly — the game of cricket is bigger than any individual and our task is to ensure the game remains that way. We will be entirely objective in our investigation and will always keep in mind that we are doing it for the game, which is why these icons exist in the first place. We will not be taken by whether someone is an icon. All we are concerned with is the sanctity and welfare of cricket,” he said.

Mudgal went on to talk about how he proposed to conduct the investigation in just three-and-a-half-months. “There is no doubt that the task assigned to us is complex and is a huge responsibility. There is also no doubt that we will be discreet. But, whether or not we need three months or more is impossible to state at this point in time. If we think we need more time and have real reasons to believe so, I have no doubt that the Court will grant us an extension. But, there is no reason to speculate on this issue now.”

Mudgal then spoke about the power vested in him, and how he felt about it. “We have been given enormous investigative powers. Now it is upon us to ensure we use the powers justly and make sure no one is hurt or defamed unnecessarily. That is something we will guard against from the outset and ensure that the power is exercised properly,” he said.

Mudgal concluded by saying that he was going to start the investigation shortly. “I am on a holiday till 23rd May and once I am back, we will get going with the task at hand. It will be important we choose the right people for the job,” he said. 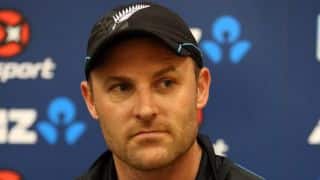 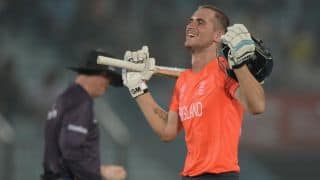