Meyiappan and Vindoo Dara Singh are currently out on bail.

Indian Premier League (IPL) betting scandal accused, Gurunath Meyiappan and Vindoo Dara Singh have landed in further trouble as the police have said that their voice samples have matched with their recorded voice from the telephonic conversation in which they were reportedly discussing matches and betting details.

Mumbai Police, which is probing the scandal that surfaced in the 2013 edition of the IPL, recently received a forensic report which confirmed the voice samples of Meiyappan and Vindoo matched with the tapped telephonic conversation between them during IPL matches, a senior Crime Branch official said, reported IBNLive.in.com.

Meyiappan, who was the team principal of the Chennai Super Kings and Vindoo are currently out on bail.

Police have also said that the Mudgal report will further help them in their investigation.

During the conversation, Meiyappan, son-in-law of Board of Control for Cricket in India (BCCI) President N Srinivasan, was found discussing things such as possible outcome of matches, toss, team composition, pitch condition, weather and betting activities among others, the officer added.

Investigators have in their possession extensive transcripts of telephone conversations not only between the two but also other accused, police said.

They further added that Vindoo used to collect match-information from Meyiappan and send them to the bookies. 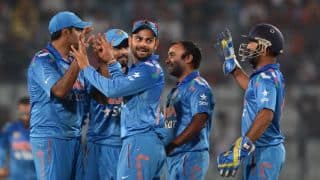 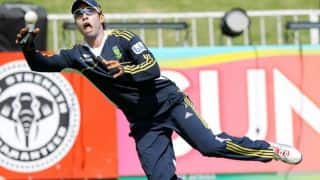