The working group, formed to study the Justice Lodha panel’s verdict relating to the IPL 2013 corruption scandal, has “compiled suggestions from all stakeholders” and will submit its final report to the BCCI‘s working committee before it meets in Kolkata on August 28. “We have compiled all the suggestions from stakeholders and we will be submitting the final report to BCCI working committee, which will meet in Kolkata on August 28,” IPL chairman Rajiv Shukla said today after the working group’s final meeting in the capital. The group comprises Shukla, BCCI secretary Anurag Thakur, treasurer Anirudh Chaudhry, IPL governing council member Sourav Ganguly, and is assisted by Usha Nath Bannerjee, the board’s legal counsel. READ: IPL verdict: Working group meets with Anurag Thakur, stakeholders

“There are a number of suggestions but we can’t divulge the findings of the meeting,” Shukla added. On Preity Zinta’s reported comments about some Kings XI Punjab players being allegedly involved in suspicious activities, Shukla said nothing was discussed in that regard. “I think Preity Zinta has already clarified in her statement. Nothing of this sort has been discussed.” Citing anonymous sources, the story claimed that Zinta pulled up players who she thought weren’t playing fair, dropped them from games and even put them up for auction. Zinta denied the claims. ALSO READ: Preity Zinta hits out against media reports of accusing KXIP players of IPL match-fixing

Today’s meeting was also attended by controversial IPL COO Sundar Raman and BCCI’s Anti Corruption Unit chief Neeraj Kumar. The working group will submit its report to the IPL governing council, which in turn will report to the BCCI working committee. Meanwhile, Thakur said that the proceedings of the working group are confidential and whatever have come out are nothing but speculations.

“We have completed our work before time. We have discussed all suggestions and will submit report to the governing council and working committee on 28th. The proceedings of the working group are confidential. All speculations that have come out are media speculations,” said Thakur. On Zinta’s comments, Thakur said: “I think she has categorically issued a statement in this regard.” PTI KHS CM 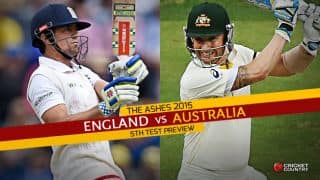 England vs Australia, The Ashes 2015 5th Test at The Oval, Preview: A brief redemption sought by visitors before the start of a new era 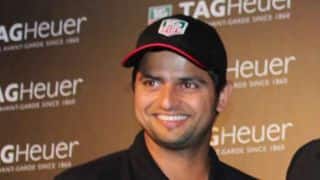