He might have cited health and personal commitments as the reason for stepping down as Pakistan's chief selector but speculation is rife that Iqbal Qasim was miffed with the team's captain and head coach for their "undue interference" in selection matters. 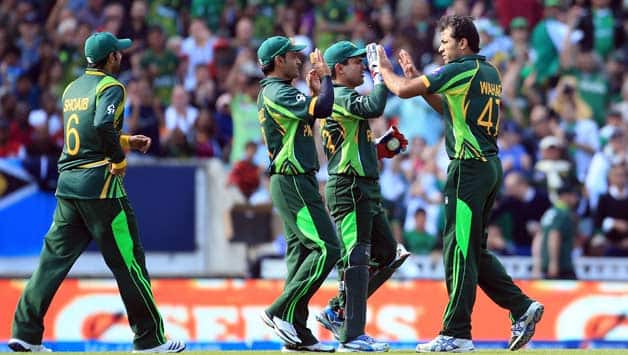 He might have cited health and personal commitments as the reason for stepping down as Pakistan‘s chief selector but speculation is rife that Iqbal Qasim was miffed with the team’s captain and head coach for their “undue interference” in selection matters.

But throughout the year as Pakistan moved from one bad performance to another, there was speculation about the chief selector being unhappy over the “undue interference” from the captain, vice captain and head coach.

Apparently Qasim and his fellow selectors were also unhappy that on many occasions, the Pakistan Cricket Board (PCB) Chairman overruled them and backed the team management over selection of some players when the final list went to him for approval.

“Even for the West Indies tour there were some disagreements over the selection of Shahid Afridi as Qasim had made it clear the all-rounder should be in the side,” one well informed source said.

“The selectors have also been concerned that on many occasions new players sent on tours in recent times were not played by Misbah and coach Dav Whatmore despite repeated reminders that the youngsters needed to be given exposure,” he added.

But Qasim, who had also stepped down as chief selector in 2010 after Pakistan’s disastrous tour to Australia, insisted he had decided to resign months back.

“My decision has nothing to do with any disagreements. When my term ended in April I had told the Chairman Zaka Ashraf I wanted to step down but he told me to continue and select the squad for the Champions Trophy,” the chief selector told PTI.

“Then after the Champions Trophy with a new Chairman coming in to take charge I decided that it was the best time for me to leave and let the board have a new set up,” he said.

Qasim said he had decided to accept responsibility for selecting the squad for the West Indies because of the circumstances.

“But on Wednesday I informed the chief operating officer that I was stepping down and wanted to announce this at the press conference held to name the squad but he advised me the board would make the announcement about my resignation later on,” Qasim said.

He insisted that he wanted more time to focus on his office and domestic affairs and was also not keeping good health.

“There is nothing sinister in my resignation it is just that my term has ended,” Qasim added.

The PCB said that Board Chief Najam Sethi has accepted the resignation of Iqbal Qasim and lauded his services to the sport and nation on and off the ground.

The PCB will consider the formation of a new selection committee and chairman at a later time.