Wasim Jaffer, with 10,665 runs, also has most runs in Ranji Trophy.

Wasim Jaffer turned back the clock against Rest of India (RoI) in the 2017-18 Irani Cup, slamming his 53rd First-Class hundred. In process, the 40-year-old became only the sixth Indian to the mark. Jaffer, who has a penchant for daddy hundreds, was 178 not out at lunch on Day Two as Ranji champions Vidarbha piled up 411 for 2. The other Indians to have crossed the 18,000-mark in First-Class cricket are Sunil Gavaskar, Sachin Tendulkar, Rahul Dravid, VVS Laxman and Vijay Hazare. Jack Hobbs has most runs in First-Class cricket, a staggering 61,760 runs from 834 matches at 50.70.

Most runs for India in First-Class cricket 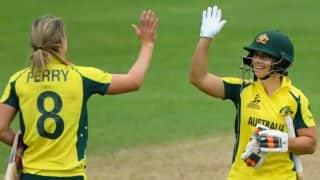