Irani Cup winners Vidarbha have donated their prize money to the families of the martyred CRPF jawans.

As the nation mourns in the aftermath of a dastardly terrorist attack on India security forces in Jammu and Kashmir’s Pulwama district, Irani Cup winners Vidarbha have donated their prize money to the families of the martyred CRPF jawans.

The Irani Cup tie between Ranji champions Vidarbha and Rest of India ended in a draw on the fifth and final day. However, Vidarbha were declared the winners on the first-innings lead thereby successfully defending their title.

“We have decided to donate the prize money to the families of the martyrs at Pulwama. It’s just a small gesture from our side. Hopefully everything will get better for them soon,” Vidarbha captain Faiz Fazal said during the post-match presentation ceremony on Saturday.

Vidarbha are proving why they are champions on an off the field. The #IraniTrophy winners led by @faizfazal have decided to hand over their prize money to family members of martyrs of #PulwamaTerroristAttack. pic.twitter.com/Rh6i44nXrI

On Thursday, Jaish-e-Mohammed (JeM) terrorist detonated an explosive laden vehicle near a Central Reserve Police Force (CRPF) bus in Pulwama that resulted in the death of 40 personnal.

Rest of India skipper Ajinkya Rahane was left to rue a bold declaration on day four that set Vidarbha a target of 280. On the final day the current champions batted exceedingly well to reach 269/5 before finishing their innings with 11 runs adrift of the target.

Vidarbha had bowled out Rest of India for 330 in the first innings, before taking a 95-run lead courtesy No.8 batsman Akshay Karnewar s 102 helping Vidarbha to 425.

RoI declared their second innings at 374/3 riding on Hanuma Vihari s unbeaten 180 and 87 and 61 from Rahane and Shreyas Iyer, respectively. 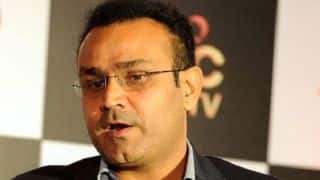 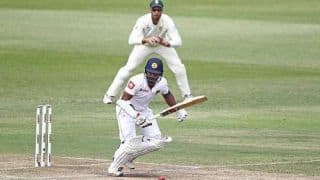