Irani Trophy 2013: Mumbai off to a steady start

Irani Trophy 2013: Mumbai off to a steady start

Mumbai batsmen Wasim Jaffer and Ajinkya Rahane ensured that the hosts get off on the right foot in their chase of Rest of India's mammoth first-innings total of 526 in the Irani Trophy. 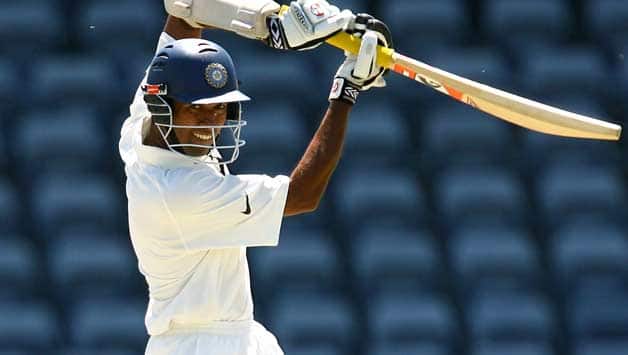 Mumbai batsmen Wasim Jaffer and Ajinkya Rahane ensured that the hosts get off on the right foot in their chase of Rest of India’s mammoth first-innings total of 526 in the Irani Trophy.

Wicketkeeper-batsman Aditya Tare fell early, but Jaffer and Rahane shook off the early wobble and took their side to 61 for one at Tea on Day Two.

Earlier, Mumbai finally bowled out the Rest of India for 526 after lunch.

After losing the wicket of Harbhajan Singh early in the morning, it would have seemed that Mumbai would restrict RoI to under 400. But Suresh Raina and Abhimanyu Mithun had other plans as they shared a vital 153-run seventh-wicket partnership to thwart Mumbai.

The duo upped the ante at the Wankhede by scoring at over a run a ball.

Raina struck 14 boundaries and five massive sixes. He made 134 runs off 169 balls at a strike rate of 79.28. A major chunk of his runs came on the off-side backward of square as he toyed around with Mumbai’s hapless attack.

Mithun, meanwhile, scored his 51 off 90 balls including nine boundaries and a six. He was eventually trapped in front by Ankeet Chavan to make it 505 for seven.

Pragyan Ojha could not last long, and Raina followed him to the pavilion after holing out to Shardul Thakur off Chavan’s bowling.

The left-arm spinner then took his third wicket, that of Ishwar Pandey, to finish RoI’s innings.