Much will be expected out of the Irish skipper Kevin o'Brien ahead of the ICC World Cup 2015.

Ireland welcomed Scotland to play a three-match One-Day International (ODI) series in Dublin. And these two teams are  playing their first ODI at  The Village, Dublin on Monday. It was a delayed start because of the wet outfield. The Ireland skipper Kevin O’Brien won the toss and elected to field first by looking at the overcast condition. Ireland are playing their first international game after they lost to Sri Lanka in July, 2014. This series will be a good practice for both the teams ahead of the ICC World Cup 2015 in Australia and New Zealand.

After Scotland was put into bat by Ireland, they were off to a good start. It was then an inspiring bowling change from the Irish captain worked in favour of them. Scotland started losing wickets at regular intervals. Calum Macleod was playing well until he was dismissed by Young. Craig Young came up with a superb spell of bowling. He ran through the top order batsmen in his first six overs. He picked up five wickets in all in his 10 overs. He gave away only 46 runs. He was the pick of the bowlers for Ireland. Andy Mcbrine too troubled the batsmen with his off spinners. He picked up two wickets as well.

For Scotland, no one other than Micheal Leask could put up a good show with their bats. They were in serious trouble when they were reduced to 101 for seven in the 25th over itself. It was the partnership between Leask and Safyaan Sahrif that helped Scotland to crawl to total of 172 runs in just 40.3 overs. Leask scored a fighting fifty inspite of losing partners at the other end at regular intervals. the pitch is helping the medium pacers as Young was superb during the first innings.

It will not be a tough chase for Ireland but they cannot take it easy as well. They have to bat well to get them over the line. Much will be expected out of the Irish skipper Kevin o’Brien as he too would like to perform ahead of the ICC World Cup 2015. 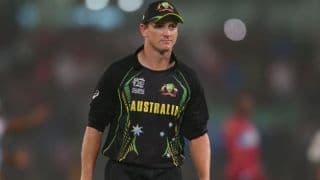 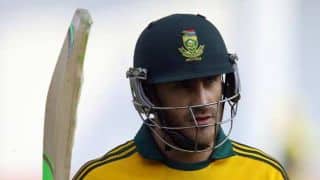