With only 27 days to go to the International Cricket Council(ICC) World Cup Qualifier at Zimbabwe, Ireland are gearing up and focused on qualification to the ICC Cricket World Cup 2019.

With only 27 days to go to the International Cricket Council(ICC) World Cup Qualifier, Ireland are gearing up and focused on qualification to the ICC Cricket World Cup 2019.

Ireland have played 42 matches in the ICC Cricket World Cup Qualifier from 1994 to 2009 and have won 26 of those matches.

The team is now travelling to Pretoria, South Africa, to participate in a series of warm-up matches against Netherlands and Hong Kong ahead of the Zimbabwe tournament, which takes place between 4 and 25 March.

In the qualifier, Ireland will face Netherlands, PNG, the Windies and the winner of the ICC World Cricket League Division 2 in Group A.

Captain William Porterfield, who will be playing his second World Cup Qualifier, is confident of his team’s chances.

“We are very confident of our chances to qualify, we have been playing some very good cricket and we need to bring that from the start of the tournament and peak at the right time,” Porterfield said.

Scoring 515 runs in 10 innings with a highest score of 104 not out in the final of the 2009 event against Afghanistan, Porterfield is focused on the event in Zimbabwe.

He said, “We are focused on qualifying, it will be massive for Ireland if we qualify for the World Cup in England and Wales in 2019.” 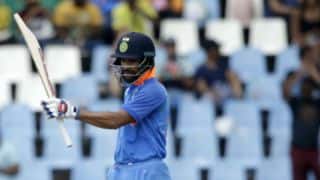 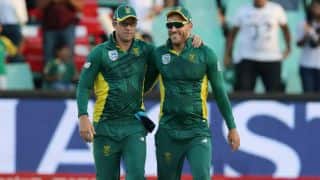