Ireland play their inaugural Test against Pakistan on May 11.

Lahore: Ahead of their Test debut against Pakistan on Friday, Cricket Ireland chief executive Warren Deutrom has expressed his country’s willingness to tour the Asian country after revisiting the security situation with the International Cricket Council’s (ICC) security team. “We’ve seen the West Indies’ recent tour which went well. We’ve also seen that some Pakistan Super League (PSL) matches were held in Lahore and Karachi and went off well,” Deutrom told Pakistan’s Daily Express, as quoted by espncricinfo.

“Before taking any decision we will definitely discuss the situation with ICC security and take input from Pakistan itself, but I can see that in the near future, a tour to Pakistan is possible,” he added. Pakistan Cricket Board (PCB) chairman Najam Sethi, who will be in Dublin for the historic Test, however insisted that there was no room for a tour in the near future as Pakistan have a packed schedule in the next 12 months.

“There is no such item for discussion on my Dublin trip agenda,” he told espncricinfo.

“The fact is that Pakistan has no slot available outside our Future Tours Programme (FTP) for the next twelve months,” he added. Pakistan’s home season this year includes an Asia Cup in the United Arab Emirates (UAE), tours by Australia and New Zealand and then the PSL. In between they travel to South Africa. 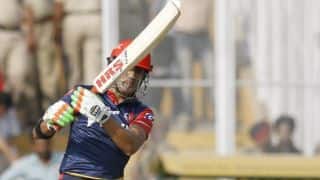