Ireland will hope to cause a few more upsets in the upcoming World Cup.

Dublin: Ireland are among the most improved units in limited-overs cricket in recent years. While they have been among the top dogs among the associates, they have given the International Cricket Council (ICC) a reason to grant them Test status with their recent World Cup performances.

While Ireland staged their first major cricketing upset in the 2007 World Cup, beating Pakistan three wickets to shown them the exit in the group stage itself. Four years later, the spirited-Irish side rode on Kevin o’Brien‘s blistering century, the fastest in a World Cup, to chase a 328-run target down with three wickets and five balls to spare.

With Boyd Rankin having opted for a career with England, Young has been given the chance to fill the void created by the giant paceman’s absence. The 24-year-old, who has been coached by former Australia fast bowler Craig McDermott, is capable of generating pace and bounce.

He took three wickets in each of his last two warm-up matches in the UAE earlier this month and is set to shoulder more responsibility in the absence of the injured Tim Murtagh. 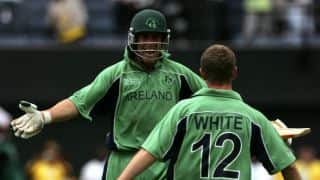 Ireland in ICC World Cup 2015: Possible Test status in the offing for giant-killers 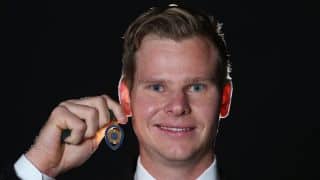