Sri Lanka will be looking to beat minnows Ireland and get back to the winning ways. They are in a rebuilding phase after retirements of Mahela Jayawardene and Kumar Sangakkara. Angelo Mathews has a lot on his plate with the weight of captaincy on his shoulders along with the role of all-rounder. Farveez Maharoof will be returning in the side after a gap of four years. The exclusion of Milinda Siriwardana from the squad raised a few eyebrows. LIVE CRICKET UPDATES: Ireland vs Sri Lanka 2016,1st ODI at Dublin

Ireland will be looking to utilise their home conditions and put pressure on out of form Sri Lanka. They have Boyd Rankin who can bowl at a lethal pace and create problems for the batsman. Hosts Ireland have nothing to lose against visitors Sri Lanka as they will be back in ODI circuit after a long time. They too had a rather unimpressive T20 World Cup 2016 as they got knocked out in the Round 1. 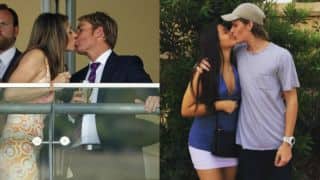