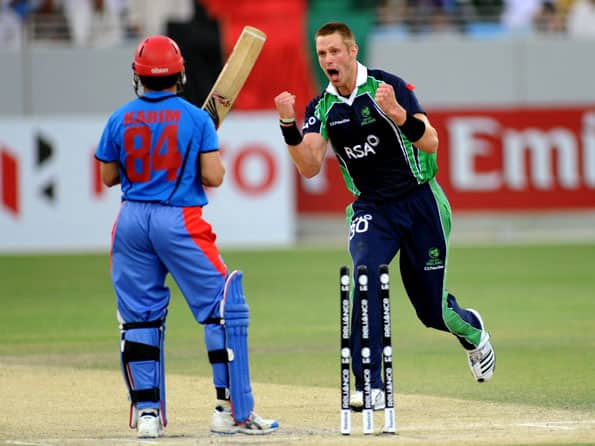 Rankin, Irish player will play last for national team in the autumn. According to a report in the Independent.ie, he will be available to represent Ireland in the upcoming ICC World Twenty20 in Sri Lanka next month.

The pacer admitted that the decision to retire was a difficult one but the ambition of playing Test cricket encouraged him to make the move.

He said, “It’s been a difficult decision for me but I will be retiring from playing cricket for Ireland after the World T20.

“I feel I can’t continue to play the amount of cricket I have been playing with Warwickshire, England Lions and Ireland over the last few years.

“I have genuine ambitions of playing Test cricket and have to give myself the best chance to do that by reducing my workloads as a fast bowler and concentrating on playing cricket for Warwickshire.”

Ireland coach Phil Simmons admitted that Rankin s retirement will be a huge loss for Ireland. He said, “Boyd has been a superb strike bowler for us, particularly in World Cups and qualifying tournaments.

“Time and time again he took vital early wickets and the new-ball partnership he has forged with Trent Johnston has been one of the main reasons for our success since 2007.

“It’s obviously a very damaging blow for Ireland, but we’ve lost players before and bounced back and I’m sure this time will be no exception.

“His absence will create opportunities for others and I’m certain they will grasp them.”

The bowler grabbed attention by taking 55 first-class wickets last season, resulting in a call-up for the England performance programme and the subsequent England Lions tour of Bangladesh.

A season’s best haul of 55 first-class wickets last season led to a call-up for the England performance programme and subsequent England Lions tour of Bangladesh.

The 6 feet 7 inches lanky bowler signed a new contract for three years with Warwickshire on Wednesday.

“It’s fantastic to put pen to paper and commit to such a great club as Warwickshire for the next three years,” he said. “The coaching team has been great in helping me develop as a cricketer and we have a team that’s capable of consistently challenging for honours.”

He further added, “At present we’re very well placed to push for silverware and I’m committed to doing everything possible to help us realise this in 2012 and beyond.”