Irfan Pathan stepped on the field for the first time in the tournament and made a telling impact with his all-round prowess to guide Baroda to the Syed Mushtaq Ali All-India T20 title with an eight-run win over Punjab in a well-contested final on Tuesday. 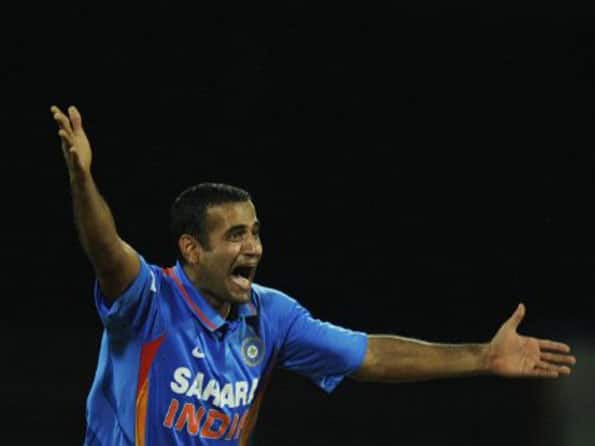 Irfan Pathan stepped on the field for the first time in the tournament and made a telling impact with his all-round prowess to guide Baroda to the Syed Mushtaq Ali All-India T20 title with an eight-run win over Punjab in a well-contested final on Tuesday.

The southpaw smashed a six and five fours in his inimitable style, including three fours in two overs towards the end of the innings, as Baroda ended up with a competitive score of 149 for 6 after looking to end up with a score far below that earlier.

Man of the match Irfan then grabbed two for 24 with his swing bowling and also effected a run-out to dismiss rival captain Harbhajan Singh, who was using the long handle to good effect, and helped his side stop Punjab at 141 for 8 at the Brabourne Stadium.

Irfan then grabbed 2 for 24 with his swing bowling and also effected a run-out to dismiss rival captain Harbhajan Singh, who was using the long handle to good effect, and helped his side stop Punjab at 141 for 8 at the Brabourne Stadium.

It was Baroda’s first senior title in 12 years after the Ranji Trophy crown they had won in 2001 by beating Railways in the title contest and Irfan was a part of that team in his debut season.

Punjab fought their way back into the game after having lost their openers Chandan Madan and Sarul Kanwar with only 9 on the board.

The men who led Punjab’s revival were Gurkirat Mann (12), Mandeep Singh (40 in 31 balls), left hander Bipul Sharma, who made 41 in 38 balls with three fours before being eighth out after taking 2 for 15 with his left arm spin, Amitoz Singh (21 in 8 balls with a six and 2 fours) and Harbhajan.

The match as a contest was on till Punjab skipper Harbhajan Singh got run out due to a fine piece of fielding by Irfan who stopped on his follow through and flicked the ball at the stumps to catch the rival skipper short of the crease.

Harbhajan, who was expensive giving away 35 runs without getting a wicket, had struck a four and a six in his 8-ball stay and appeared to be taking the game away when he was dismissed after Punjab were on 133 in the 18th over.

Irfan, who missed the first three matches that Baroda played in the tournament as he was away with the Indian squad for the Asia Cup in Dhaka, then sent back former India colts opener Taruwar Kohli in the same over, the penultimate one, to swing the momentum his team’s way as Punjab lost two wickets in five balls.

Needing 28 runs in the last three overs, Punjab had brought the target down to 11 in the last over bowled by Murtuza Vahora, who was till then looking to be the weak link in the Baroda bowling with Harbhajan clouting him for a six and a four in his third over.

But the Baroda medium pacer held his nerve and conceded just two runs to the 9th wicket pair of Manpreet Singh Gony and Rahul Sharma and ensured victory for his team.

India discard Munaf Patel also bowled well and got good bounce off the pitch to get 2 for 21, the wicket of Amitoz being crucial as he looked in good touch before edging to ‘keeper’ Pinal Shah.

Yusuf was expensive, giving away 35 runs in four overs. But he secured the important wicket of the well-set Mandeep Singh who was looking good after hitting four fours and a six when he top-edged an attempted heave to Munaf at fine-leg.

Earlier, Baroda slumped to 24 for 3 in the fifth over, after losing in-form batsmen Aditya Waghmode and Kedar Devdhar cheaply, along with Ambati Rayudu, to a questionable caught behind decision awarded by umpire Suresh Shastri.

Baroda then recovered partially through Monil Patel and Yusuf before the two batsmen got dismissed before the 100 was raised.

The important partnership that gave real impetus to their innings was the sixth wicket stand of 48 runs between Pinal Shah and Irfan that helped Baroda end up with a score one short of 150 on a pitch that was not a totally flat one.

Punjab floundered initially in the run-chase before Mann and Mandeep steadied the rocking boat with a stand of 53 runs. The other significant stand was notched up for the fifth wicket between Bipul Sharma and Amitoz, worth 37 runs, which was nipped in time by Baroda.(PTI)