Fast bowlers must embrace Cricket Australia's new rotation policy if they desire to last long in Test cricket, a leading coach has suggested even as some feel that the idea is still a grey area in Australian cricket. 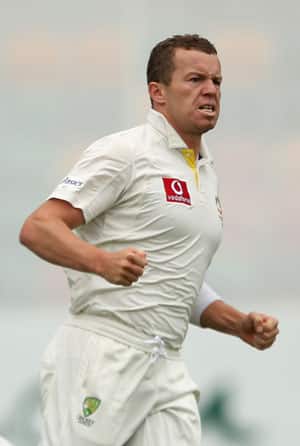 Fast bowlers must embrace Cricket Australia’s new rotation policy if they desire to last long in Test cricket, a leading coach has suggested even as some feel that the idea is still a grey area in Australian cricket.

Allister de Winter, who was narrowly beaten by Craig McDermott to be Australia’s new fast bowling coach, said the players must be educated about the benefits of rotation policy, introduced by CA’s Pat Howard.

“It’s an education process for everybody to say ‘yes, you can play the next Test but how long do you want your career to be? Do you want to play Test cricket for five more years or do you want to play for three? Ultimately that’s what it’s going to come to,” said de Winter, who is now coach of Big Bash semi-finalists Hobart Hurricanes.

“If there are eight or 10 bowlers – and everybody’s saying there are and I agree – that are good enough, we shouldn’t just limit the Test matches to just four bowlers all the time because you’ll break them and just be left with four,” de Winter was quoted as saying by ‘Sydney Morning Herald’.

He argued that the case of the pacemen was different from that of the batsmen.

“You carry your top six batters around and they can play every game but the physical demands of bowling suggest that you can’t keep backing up like that, Test after Test.”

However Australia’s players union chief Paul Marsh and struggling batsman Shaun Marsh feel it is still a question if rotation was the best answer to protect pacers.

Paul said, jury was still out on what the best injury management measures were.

Shaun was also unconvinced with the idea.

“We certainly haven’t got it right to this point in getting any definitive answers on what resting a player may do for a career – it’s still a grey area in Australian cricket.

“Leaving a player out, or bowling them or how much they train – what is the right answer there? Whether it be a blanket answer for an individual answer for each player, I don’t think we’ve got that right yet. Hopefully this new regime will get some answers there,” he said.

Quick Peter Siddle has recently said that he did not want to be rested for Adelaide Test.

Marsh said it was a positive if rested quicks were angry at being sidelined when fit as that showed they were hungry to play.

“No one wants to miss a game. The players have cautiously embraced resting and rotation in limited-overs cricket but Test cricket is the pinnacle and no player wants to rest if they’re fit and ready for selection.

“I don’t think you want a culture where players are happy to miss a game. It’s a strength that players are desperate to play a game.”(PTI)