It was 12.30 pm on Wednesday when Sandeep Patil and Saba Karim waved towards Ishant Sharma, who was walking towards his teammates at the JSCA Stadium in Ranchi. There was about half-an-hour to go for the toss and the pacer, along with his teammates, were preparing for the pre-match warm-up drills. 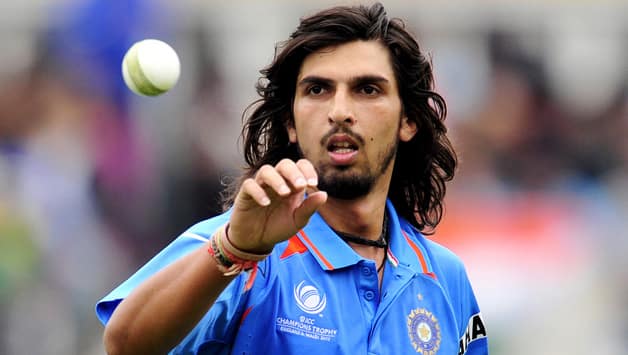 Despite a shocking performance in the third One-Day International (ODI) against Australia, Ishant Sharma was retained in the Indian side for the series. However, he wasn’t picked for the subsequent game © AFP

It was 12.30 pm on Wednesday when Sandeep Patil and Saba Karim waved towards Ishant Sharma, who was walking towards his teammates at the JSCA Stadium in Ranchi. There was about half-an-hour to go for the toss and the pacer, along with his teammates, were preparing for the pre-match warm-up drills.

Having watched his chief selector waving towards him, the Indian speedster took a U-turn and paced up his strides to reach the centre turf. After the customary handshakes and a pat on Ishant’s shoulder, it was Patil who initiated what appeared to be a serious conversation. All this while, Patil’s co-selector Karim was seen only nodding and listening to what his ‘boss’ was saying.

There were speculations till then about Ishant’s inclusion in the playing XI as skipper Mahendra Singh Dhoni is believed to have saved Ishant from the selectors’ axe, despite the bowler giving away 30 runs in a over the other day in Mohali.

Ishant was subsequently picked up for the remaining four ODIs.

And Wednesday’s talk was the first obvious signal by the Indian selection chief that enough is enough and Ishant needed to make way for one of the remaining two, Jaydev Unadkat and Shami Ahmed, in the squad.

The conversation lasted for almost five minutes and Ishant joined his colleagues. From then on, his body language said it all as he decided to stand aloof at one corner while other bowlers were busy practising with bowling coach Trevor Penny.

Ishant has been completely ineffective in the series so far giving 189 runs in the 24 overs that he was asked to bowl by Dhoni. He has not only lacked in length and pace, bowling between 130-135 kmph, but his habit of hitting the deck has made matters worse for Team India.

Ishant burst onto the international scene in 2007 where he hurled bouncers at over 145 kmph towards Ricky Ponting. Standing six feet and four inches tall, Ishant won accolades from cricket experts around the world. However, this Delhiite is now a poor shadow of his prime and his loss of bowling speed at a relatively young age of 25 can hardly be explained.

DNA had written recently on how Ishant had not visited his coach Shrawan Kumar for a long time. He probably needs some rest before being considered for berth in the team. With Shami proving his worth with early wickets at top of the innings on Wednesday, the chances of Ishant getting back his spot looks bleak.

Will it be advisable for the team think tank to carry a struggling Ishant along when he is unlikely to feature in the playing eleven.