In spite of Ishant Sharma’s lacklustre performance in the ongoing One-Day international (ODI) series against Australia, India’s former bowling coach, Venkatesh Prasad believes that he can come back to form and India’s think-tank should back him to the hilt. 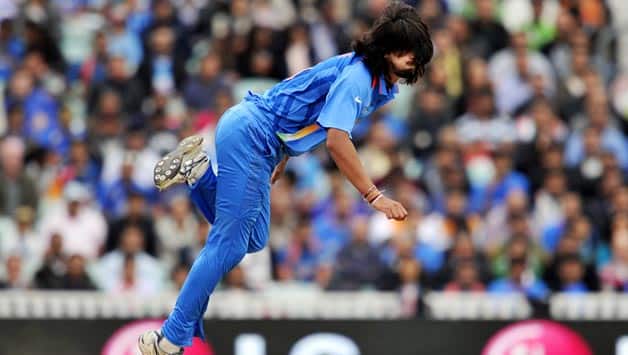 In spite of Ishant Sharma’s lacklustre performance in the ongoing One-Day international (ODI) series against Australia, India’s former bowling coach, Venkatesh Prasad believes that he can come back to form and India’s think-tank should back him to the hilt.

Former Indian pacer, Prasad was the one who got the best out of Sharma, during his time as the bowling coach. Under his able guidance, Sharma produced some of his best performances. He was bowling quick and making the life of batsmen difficult by extracting disconcerting bounce.

Unfortunately, from a genuine quickie, Sharma these days has been reduced to a medium pacer.

Prasad on Sharma’s unflinching commitment to fast bowling, “I haven’t seen many bowlers who spend so much time in the nets. He used to bowl for an hour minimum. Ishant has a fantastic attitude; he always wants to learn and improve. For a tall boy like him, he is a very safe fielder.

“He is the most hardworking fast bowler I have seen. I was delighted to work with him because he was very sincere, honest and committed. Having said that, he has been around for almost five years and that’s a lot for someone who is only 23-24. He is not performing that consistently as he would have liked and that’s the area he needs to focus on,” Prasad was quoted as saying by Times of India.

He also said, “He is very low on confidence because he hasn’t been amongst the wickets. He is a bit wayward at times; bowling both sides of wickets and his length is on the shorter side. Big question is why it’s happening? One needs to sit down with him and analyse. It might be small technical adjustment which needs to be addressed quickly. One or two good games could change things for him.”

Prasad though, doesn’t agree with the view that Sharma’s long hair is causing him problems. “It’s after the delivery that his hair come in front of his eyes and not before. (Laughs) A return catch might be a problem for him but not the delivery. As long as he is delivering the ball properly, I don’t see it as a problem,” Prasad said.

In spite of new rules making it tougher for pacers, Prasad believes that quickies instead of complaining should take the challenge head-on, he added, “There’s no point complaining. The shorter formats are always in favour of the batsmen. As a bowler you got to take it as a challenge.

“The death bowling has been a concern for a long time now. So it’s important to reinvent yourself as a bowler and have variety. Bowlers need to work on yorkers, different kinds of slower deliveries. You need to be mentally stronger. What I am seeing is the inconsistency and you can’t blame Ishant alone. They are impatient and try too many things early on.”

Prasad on bowlers taking their own responsibilities agrees with India’s captain Dhoni.”When a player is not mentally strong, they tend to listen to coaches too much without applying their own minds. That’s what Dhoni said the other day, the word ‘spoon fed’. What works for someone may not be good for the other. What I have been observing of late is that the players are waiting to be told instead of thinking on their own,” he said.

He added that he is looking forward to working with the Indian team again. “Of course, I am waiting for the opportunity. I want the board to realize that there are a handful of coaches who can coach the national team and do well. Appointing foreign coaches doesn’t guarantee you the success. In 1983 and 1985, we didn’t have any foreign coach still we won the championships. We won 2007 T20 World Cup without a foreign coach. It’s important to trust our people.”