The international umpire was both a former member and captain of the country's national team.

An umpire and former captain of Israel’s national cricket team died on Saturday after being hit in the jaw by a ball, the country’s cricket association said.

His death comes just two days after Australian batsman Phillip Hughes died of a severe head injury after being hit by a bouncer in a New South Wales match in Sydney.

Israeli police ruled out foul play in the incident that led to the death of the umpire, named by the Israel Cricket Association as 55-year-old Hillel Oscar, in the southern port city of Ashdod.

“We’re simply in shock,” he said from the hospital where Oscar was pronounced dead.

The international umpire was both a former member and captain of the country’s national team, Gudker said.

Police said they were investigating his death.

“We know a ball was hit in his direction, he tried to escape it, he fell — what happened there is still being investigated,” Gudker told AFP.

“The entire Israel Cricket Association and players bow their heads in his memory. He was a wonderful man, cricketer, and umpire,” Gudker said. 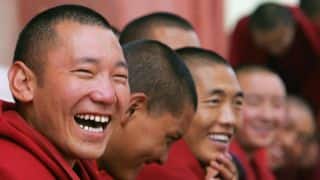