Suresh Raina emerged from his seemingly cavalier batting in the preceding one-day series to stroke the top score of 82 for India in the first Test against West Indies on Monday. 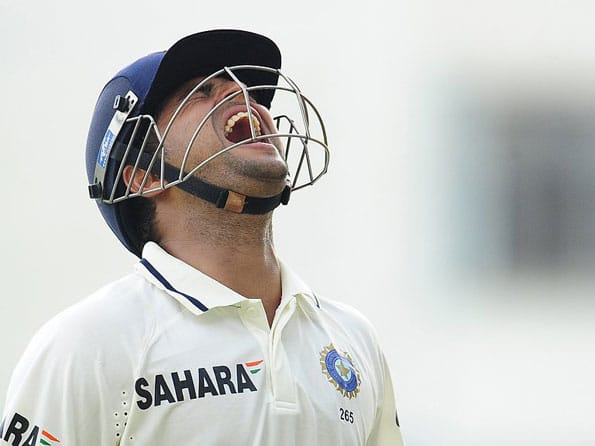 Suresh Raina emerged from his seemingly cavalier batting in the preceding one-day series to stroke the top score of 82 for India in the first Test against West Indies on Monday.

Raina led the Indians during the limited-overs matches on their tour of the Caribbean while World Cup and Indian Premier League winning captain Mahendra Singh Dhoni relished a well-earned break from the game.

He however, had been guilty of a succession of ill-advised strokes that conceded his wicket cheaply, but seemed to relish the chance to knuckle down and play a long innings.

“My plan was to play straight; keep my mind clear and look to be patient,” he said. “God has been kind to me. It’s not easy to make runs in Test matches. You would have to spend time, respect the opponent, and watch the bowlers all the time.

“You need to see the shape in which they are bowling, who is reversing the ball, watch the hands closely, how your feet are moving.

“The first 15 to 20 balls there were no runs, but I was waiting for loose balls. I hadn’t got runs in the final three one-dayers, so I was determined to make up for it here.”

Raina has played in only nine Tests, his weakness against short-pitched bowling being cruelly exposed in previous matches, but he has been working hard to dispel this impression.

“It’s getting better,” he said. “I am working hard with Duncan (Fletcher). I have spoken to Dhoni, Rahul (Dravid) bhai who’ve asked me to duck under the short ball.

“I am now keeping my mind clear, not thinking where they are going to pitch up. I am trying to be positive, trying to play straight down the ground.”

Devendra Bishoo bore the brunt of Raina’s aggression, smashing eight fours in 40 runs off the leg-spinner, and spoiling his figures after he had carried way V.V.S. Laxman, Rahul Dravid, and Dhoni in a memorable opening spell either side of lunch.

“I think he didn’t find it easy to bowl to left-handers,” he said. “He tossed it up for me to go to covers, but I was determined to play down the ground.”

Raina – inspired by Harbhajan Singh’s confidence – took charge of India’s salvage operation, after they subsided to 85 for six.

He knew the visitors’ tail-enders had the ability to get the side back on track, and they only needed to spend time in the middle.

“I know Harbhi (Harbhajan), Praveen (Kumar), and Amit (Mishra) can all bat,” he said. “The runs with Harbhajan were scored almost at five runs an over. I wanted to be positive and spent quality time in the middle.”

Raina felt that India still held a few aces in the match, although West Indies had bowled themselves into a good position.

He expects India’s bowlers, particularly the spinners, to be a handful on Tuesday’s second day on a pitch that has offered both Harbhajan and Mishra sharp bounce and turn.

“It’s not going to be easy for them,” he said. “If we could get a couple of wickets early on, we could build pressure.

“On this pitch, the new ball does a bit. The pitch is also uneven and in our two spinners, we have very good bowlers.

“It’s not going to be easy for them. A couple of their batsmen don’t know how to play spin bowling.”

Pak to host Sri Lanka and England series in UAE