Indian tennis star Sania Mirza spoke about what Sachin Tendulkar meant to her, in an interview with Boria Mazumdar for the Outlook magazine special edition on the occasion of the maestro’s fast-approaching 40th birthday. 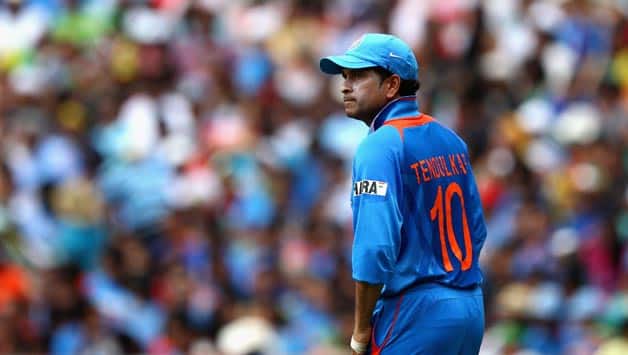 Indian tennis star Sania Mirza spoke about what Sachin Tendulkar meant to her, in an interview with Boria Mazumdar for the Outlook magazine special edition on the occasion of the maestro’s fast-approaching 40th birthday.

“As one who loves cricket and has followed the game since childhood, it’s no surprise that I have grown up admiring him. My father is an ardent follower of the game and, with a professional cricketer husband completing the circle, cricket has a ubiquitous presence in my life. It is the most watched and talked about sport in India and each of Sachin’s actions, as I said earlier, has been deified or devilled by a billion-plus for over 24 long years. The fact that he continues to inspire millions and continues to be humble and modest is a testament to the man’s character and set of values,” Sania said.

Sania spoke of Tendulkar in high regard, who she felt is above most of the other sporting greats of the world.

“To have consistently performed despite the pressure of a billion fans and more is what sets Sachin Tendulkar apart from the other sporting greats of the world. Few, if any, would have had to endure the ruthless, microscopic dissection of every move the man has made during the course of a glowing career spanning over 24 years. To have come out unscathed from this kind of relentless scrutiny on and off the field is a tribute, in itself, to the genius of Tendulkar,” opined Sania.

Recalling her first meeting the batting legend, Mirza said, “I’ve been lucky enough to have encountered Sachin at a fairly early age. The first was when I was just 16 and had won the junior Wimbledon doubles title. Sachin had soon after arranged for his signature Palio car to be presented to me. While he couldn’t make it to the function, he called me at the time of the presentation and there’s little doubt I was more elated to speak to him than to have received my first car!”

“The first time I met him was at a Hyderabad hospital, at a function arranged for the members of the medical fraternity. Both of us were guests on the occasion. Yet again what stood out was Sachin’s humility and modesty. This is what he had to say to the doctors, ‘My job of playing cricket is of very little significance when compared to yours. I believe I have the luxury of committing some errors in my field of work but you are far more important and cannot afford to make a mistake in your job,” she added.

Sania feels that the amount of pressure put on Tendulkar sets him apart from his contemporaries.

“The one salient thing that distinguishes Tendulkar from his contemporaries is the pressure we’ve put on him right through his career. He is expected to score a ton every time he walks out to bat; anything less is considered unacceptable. The nation brooks no failure from Tendulkar. Having played an intensely competitive sport for more than a decade now, I know what pressure can do to a sportsperson. We all know why Indian tennis players underperformed at the London Olympics. The pressure was often too much to bear. For Tendulkar, however, it appears routine. This is what makes his achievements all the more daunting,” she added.

Sania also spoke about the importance of keeping fit for long periods in a high-performance sport. “I know what it takes to keep fit in high-performance sport. You have to sacrifice many a normal pleasure and maintain a strict work ethic all year round. To be able to do so when you’re 40 and after having put the body  through intense physical activity for 24 years is inconceivable. That’s Sachin Tendulkar for you.”

Sachin Tendulkar's legacy is the passion he brought to the game: N Srinivasan